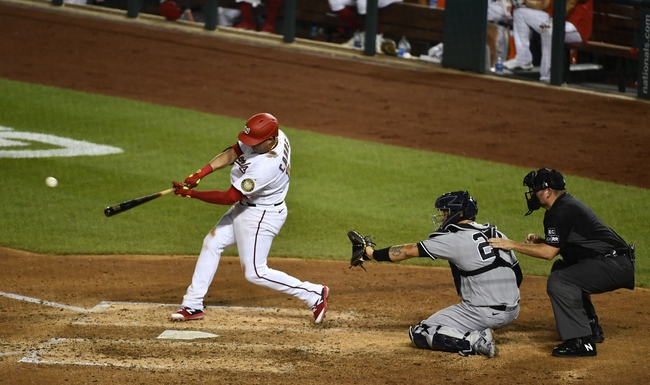 TV: TBS, MASN, YES Stream the MLB Game of the Day all season on ESPN+. Sign up now!

The New York Yankees and the Washington Nationals meet in MLB action from Nationals Park on Sunday afternoon.

The New York Yankees will try to bounce back after a 9-2 loss to the Nationals in game two on Saturday. Giancarlo Stanton went 2 for 3 with a solo home run and a double while DJ LeMahieu added an RBI to round out the Yankees’ scoring as a team in the losing effort. Gio Urshela had a double while Thairo Estrada, Mike Ford and Aaron Hicks each chipped in a base hit to cap off New York’s offense as a team in the loss. James Paxton took the loss, falling to 0-1 after allowing three runs on five hits in just a single inning of work. The Yankees didn’t have a starting pitcher announced at the time of posting.

The Washington Nationals will look to build off of their first win of the season on Saturday. Victor Robles led the way, going 3 for 4 with a two-run home run, a double and four RBIs while Asdrubal Cabrera went 3 for 4 with a solo homer and a double. Michael A. Taylor added a solo homer while Howie Kendrick had a double and an RBI. Kurt Suzuki went 2 for 4 while Starlin Castro had a triple. Adam Eaton and Carter Kieboom each chipped in a base knock as well to finish off Washington’s offense as a team in victory. Erick Fedde gave up one run on four hits while striking out three over four innings of work, not factoring in the decision. Tanner Rainey picked up the win in relief to improve to 1-0 on the year. Patrick Corbin will start game three and was 14-7 with a 3.25 ERA and 238 strikeouts last season. This will be Corbin’s second career start against the Yankees.

Head-to-head, the under is 5-1 in the last 6 meetings between these two teams.

Paxton imploded on Saturday, and after he did, the Yankees kind of unraveled around him, so it will be interesting to see if that carries over here. With that said, I would like to see who the Yankees are sending to the mound, but Patrick Corbin might be one of, if not the best #3 pitcher in any starting rotation in the majors as he strikes out a ton of bats and we all know New York’s main M.O. is to look for the long ball. I think Corbin delivers a solid performance here, so I’ll take a stab with Washington on the ML here.

Chris’s Pick Washington ML (Will Update With Odds Once Released) 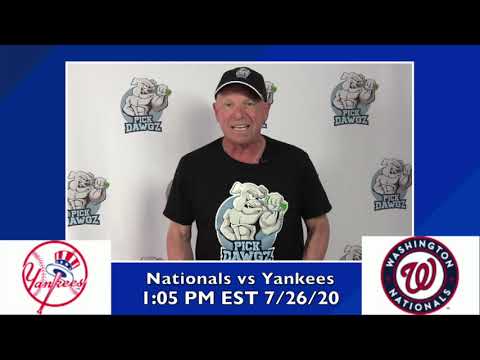