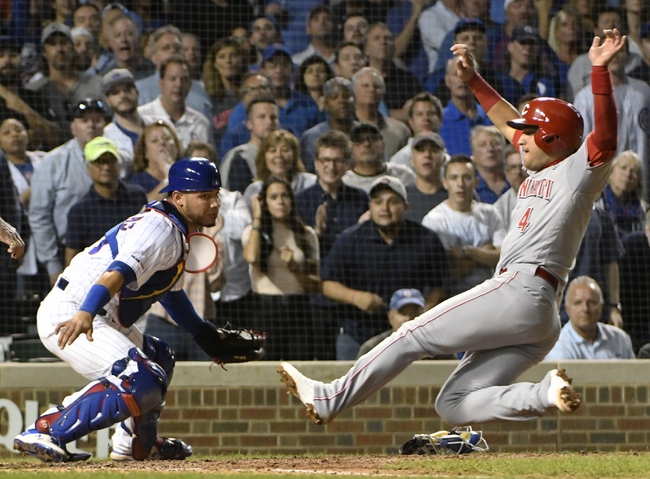 The Chicago Cubs look for another win after taking two of three from the Milwaukee Brewers. The Cubs have allowed one or less runs in two of their first three games and now hope they can do the same thing on the road for four games. The Cubs have allowed four or less runs in six of their last 12 regular season games overall. Victor Caratini leads the Cubs with three hits and one RBI while Willson Contreras and Ian Happ have combined for six hits and eight RBI. Jon Lester gets the ball for the Cubs, and he was 13-10 with a 4.46 ERA and 165 strikeouts last season. Lester is 7-2 with a 3.90 ERA and 106 strikeouts in his career against the Reds.

The Cincinnati Reds look for a bounce back series after losing two of three to the Detroit Tigers. The Reds have scored just six runs in their last two games and are averaging 4.3 runs so far this season. Joey Votto leads the Reds with five hits and three RBI while Mike Moustakas and Nicholas Castellanos have combined for seven hits and five RBI. Wade Miley gets the ball for the Reds, and he was 14-6 with a 3.98 ERA and 140 strikeouts last season. Miley is 6-3 with a 3.92 ERA and 60 strikeouts in his career against the Cubs.

The Chicago Cubs looked sharp in their season opening series against a more than respectable team, and now they have Lester on the hill who was rather solid for the most part last season. The Cincinnati Reds get no love after dropping two of three to the Detroit Tigers, and Miley is a pitcher who has had issues in the past keeping the ball inside the park. Miley also doesn't have that Astros batting lineup behind him to give him consistent run support. Miley has a thing or two to prove this season.

I like the Cubs and the even money, as you can argue we're getting the better team and the better starting pitcher for the more favorable price.