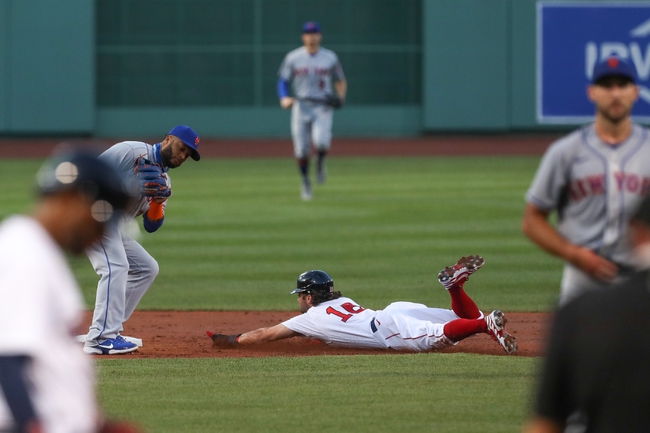 TV: NESN, SNY Stream the MLB Game of the Day all season on ESPN+. Sign up now!

This will be the second installment of a four-game set between these teams. In game one on Monday, the Mets scored seven runs in the first four innings and held on for a 7-4 win. That brings New York's record to 2-2 on the young season. Check back all season long for free MLB picks and MLB predictions at Sports Chat Place.

New York’s offense was cooking in the early innings on Monday, building up a 7-0 lead going into the bottom of the fourth. Oddly enough, the normally reliable Robinson Cano was the only Mets starter without a hit, going 0-for-3 with a run. Michael Conforto, Pete Alonso and Dominic Smith each had homers in that one as well.

For the Tuesday outing, the Mets will go with LHP David Peterson in the start. New York’s 2017 first-round pick, Peterson managed a 4.19 ERA in 24 starts at the Double-A level for Binghamton last year.

Over on the Red Sox side, their offense got going a little bit during the late innings Monday, but they couldn’t sustain the momentum and fell to 1-3 on the year. Boston did get two home runs from Mitch Moreland and Xander Bogaerts, who combined for three hits, four RBI and two runs. That duo was really the only production the Sox had in the opener.

In the Tuesday starting role, the Red Sox are sending out LHP Matt Hall. In 16 appearances as a reliever last year, Hall posted an 0-1 record with a 7.71 ERA and 27 strikeouts in 23.1 innings pitched. This will be Hall’s first career start in the Major Leagues.

Pick: I’m probably leaning Red Sox here. With the uncertainty surrounding Hall and the bad Monday outing for Boston, the line shouldn’t get out of hand here. Even without starting pitcher considerations in this game, Boston is still probably a better team on paper. The Mets will land a few punches in this series (like they did Monday), but I expect the Red Sox to even things out. Taking Boston in a relative coin-flip call makes sense to me here.