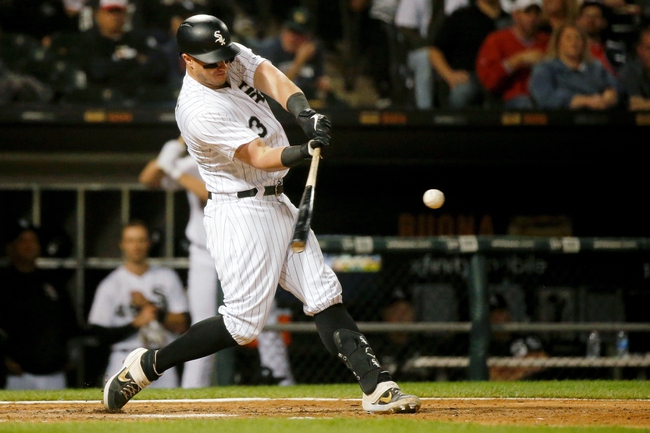 TV: SportsTime Ohio, NBCS-Chicago Stream the MLB Game of the Day all season on ESPN+. Sign up now!

The Chicago White Sox and the Cleveland Indians meet in game two of a doubleheader from Progressive Field on Tuesday night.

The Chicago White Sox enter this game in the hopes of earning at least a split after coming into the first half of the doubleheader with a 1-2 record after a disappointing start to the season in their series with the Minnesota Twins over the weekend. After the opening series, Yoan Moncada and Luis Robert each have a team-high 4 hits with Moncada sporting a pair of doubles and a .444 batting average along with four RBIs. Leury Garcia has a pair of home runs and four RBIs of his own while sharing the team lead with Moncada with 9 total bases. Carlos Rodon is expected to start the second half of the doubleheader for Chicago and was 3-2 with a 5.19 ERA and 46 strikeouts last season. In his career, Rodon is 5-3 with a 2.49 ERA and 88 strikeouts against Cleveland.

The Cleveland Indians come into this one looking to build on their strong start to the year after a series victory over the Royals. After the first series of the season, Jose Ramirez led the White Sox with a .417 batting average and 5 hits as well as two home runs and five RBIs with 12 total bases. Cesar Hernandez also has 4 hits while Carlos Santana has 4 walks for Cleveland this season. Zach Plesac is expected to toe the rubber for Cleveland in game two of the doubleheader and had a record of 8-6 with a 3.81 ERA and 88 strikeouts in his rookie season. In his career, Plesac is 0-2 with a 5.25 ERA and 11 strikeouts against the White Sox.

I completely get the Indians being favored as they’ve had the better start up to this point so far. However, Plesac didn’t have the best luck against the White Sox last year and there’s no other sample size to go off of that suggests we’ll see something different. Rodon hasn’t had the best run of luck in his career, but he’s a solid arm with awesome stuff when it’s on and he’s had a fair bit of success against the Indians in his career. I’ll take a stab at Chicago and the plus money here.