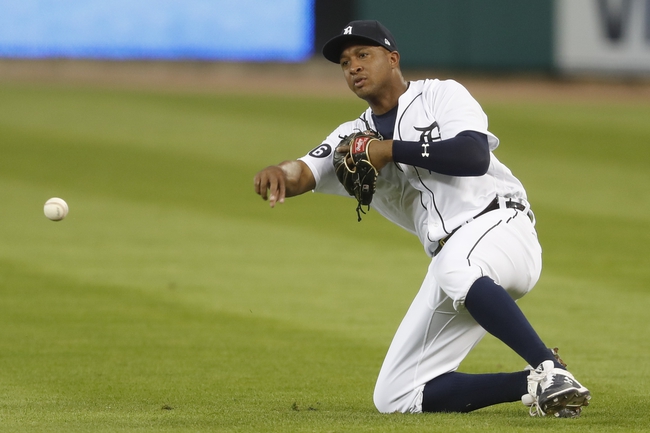 TV: FS-Kansas City, FS-Detroit Stream the MLB Game of the Day all season on ESPN+. Sign up now!

The Kansas City Royals and the Detroit Tigers meet in an AL Central division matchup from Comerica Park on Tuesday night.

The Kansas City Royals will try to build off of a 14-6 win in Monday’s series opener. Maikel Franko led the way for KC by going 3 for 5 with a pair of home runs and four RBIs while Whit Merrifield went 3 for 5 with a home run, a double and three RBIs. Jorge Soler, Brett Phillips and Ryan O’Hearn each had two RBIs, with Soler and Phillips each belting a two-run home run while O’Hearn had a double. Salvador Perez had a solo home run of his own to finish off the Royals’ scoring in the win while Franchy Cordero had a double to finish off KC’s offense. Mike Montgomery gave up three runs on five hits over two innings of work in the start, not factoring in the decision. Foster Griffin got the win in relief to improve to 1-0 on the year. The Royals didn’t have a starting pitcher announced at the time that this article was posted.

The Detroit Tigers will look to bounce back after their loss in Monday’s opener. JaCoby Jones led the way with three RBIs coming on a three-run home run while going 2 for 4 and Victor Reyes went 2 for 4 with a home run and two RBIs. Jonathan Schoop had an RBI to cap off Detroit’s scoring in the losing effort while Niko Goodrum had a triple. Miguel Cabrera, Jordy Mercer, Cameron Maybin and Austin Romine each had a base hit to finish off Detroit’s offense as a team in the defeat. Michael Fulmer gave up four runs on five hits over 2.2 innings of work, not factoring in the decision. Kyle Funkhouser took the loss after allowing five runs on four hits over a single inning of relief to fall to 0-1. Dario Agrazal will start here and was 4-5 wiith a 4.91 ERA and 41 strikeouts with Pittsburgh last season.