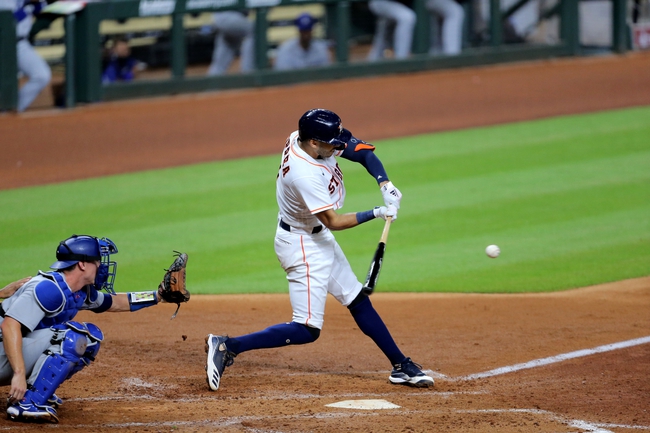 TV: ESPN, Sportsnet Los Angeles, ATT-Houston Stream the MLB Game of the Day all season on ESPN+. Sign up now!

The Los Angeles Dodgers and the Houston Astros meet in MLB action from Minute Maid Park on Wednesday night.

The Los Angeles Dodgers come into this one looking to build off of their 5-2 win over the Astros on Wednesday night. Mookie Betts went 2 for 4 with a double and an RBI while Justin Turner, Cody Bellinger and Chris Taylor each had RBIs as well in the win. A.J. Polock went 3 for 5 at the dish and Corey Seager went 2 for 4 while Kike Hernandez added a base knock as well to finish off the Dodgers’ offense in the win. Walker Buehler allowed two runs on three hits while striking out three over 3.2 innings of work, not factoring in the decision. Brusdar Graterol got the win to improve to 1-1 while Kenley Jansen grabbed his first save of the year. Dustin May will start this one and is 0-0 with a 2.08 ERA and 4 strikeouts this season. This will be May’s first career start against Houston.

The Houston Astros will try to bounce back after a loss on Tuesday. Carlos Correa led the way, going 3 for 4 with a home run, a double and two RBIs while Michael Brantley added a base hit to round out Houston’s offense in the loss as the Astros cranked out just four hits as a team in the losing effort. Framber Valdez ended up with the loss after allowing two runs on four hits while striking out a pair over 4.1 innings of work. Cristian Javier will start this one and was 0-0 with a 0.00 ERA and 1 strikeout this season. This will be Javier’s first career start against the Dodgers.

I liked the value of the plus money with Houston on Tuesday but the Dodgers roared back to take the game and now this time, we’re getting plus money with Houston again, but I have a feeling this is going to be a bullpen game. Even if it isn’t who knows what we will see from Javier in the start for the Astros. The Dodgers on the other hand are still solid at the plate and Dustin May has shown some really good stuff in his pitching repertoire in a small sample size. I’ll lay the juice with the Dodgers in this one..