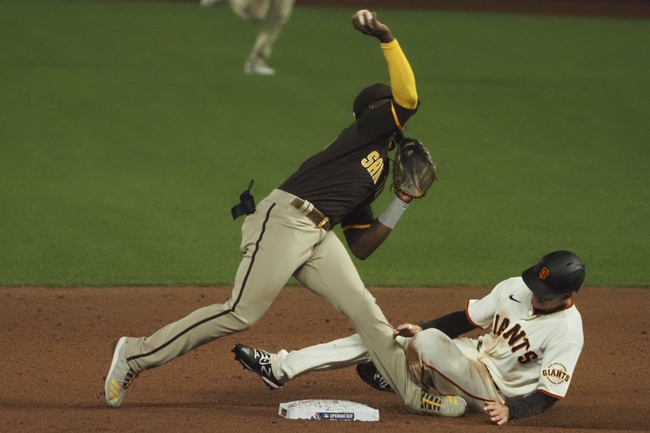 The San Diego Padres look for another victory to build on their impressive 4-1 record. The Padres have allowed four or less runs in all four games and have won seven of their last 11 games when allowing four or less runs. Fernando Tatis leads the Padres with six hits and six RBI while Eric Hosmer and Trent Grisham have combined for nine hits and eight RBI. Chris Paddack gets the ball, and he is 1-0 with a 0.00 ERA and four strikeouts this season. Paddack is 1-0 with a 2.65 ERA and 21 strikeouts in his career against the Giants.

The San Francisco Giants look for a win here to get back to a .500 record. The Giants scored three runs in Tuesday’s loss and ave scored three or less runs in four of their first five games. The Giants have lost five of their last six games when scoring three or less runs. Wilmer Flores leads the Giants with seven hits and two RBI while Mike Yastrzemski and Tyler Heineman have combined for 11 hits and one RBI. Johnny Cueto gets the ball, and he is 0-0 with a 2.25 ERA and three strikeouts this season. Cueto is 8-4 with a 3.30 ERA and 100 strikeouts in his career against the Padres.

I'm not sure how long this is going to last, but the San Diego Padres have been impressive through the first week of the season and Paddack is a pitcher who made us a nice chunk of change last season. The San Francisco Giants look like the team we thought they'd be this year, as there's not enough leadership or big bats in the lineup to get the job done most nights. The Giants are going to struggle this season, and it's to the point I don't even consider Cueto and the plus money. I'll lay the juice with the Padres.