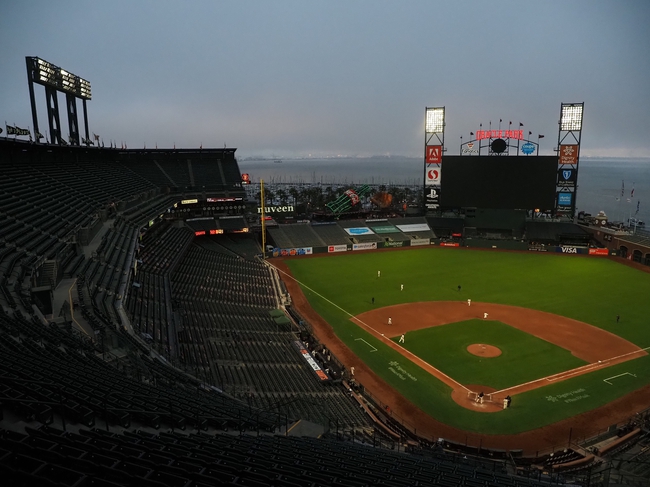 TV: NBCS-Bay Area, FS-San Diego Stream the MLB Game of the Day all season on ESPN+. Sign up now!

The San Diego Padres and the San Francisco Giants meet in MLB action from Oracle Park on Wednesday night.

The San Diego Padres will look to build off of a 5-3 win over the Giants on Tuesday night. All of San Diego’s scoring came via the long ball as Fernando Tatis Jr. had a three-run home run while Wil Myers went 2 for 4 with a two run homer. Eric Hosmer and Ty France each had a base hit to finish off the Padres’ offense in the win as San Diego cranked out just five hits as a team in the winning effort. Zach Davies got the win to improve to 1-0 after giving up two earned runs on five hits while striking out five over five innings of work. Drew Pomeranz struck out the side in the 9th for his 1st save of the year. Chris Paddack will start this one and is 1-0 with a 0.00 ERA and 4 strikeouts this season. In his career, Paddack is 1-0 with a 2.65 ERA and 21 strikeouts against the Giants.

The San Francisco Giants will try to rebound after their defeat on Tuesday night. Wilmer Flores went 2 for 4 with an RBI while Tyler Heineman added an RBI as well in the losing effort. Mike Yastrzemski went 2 for 3 with a double while Donovan Solano and Mauricio Dubon added base hits as the Giants had seven hits as a team in the losing effort. Jeff Samardzija took the loss after allowing all five runs on four hits over four innings of work. Johnny Cueto will start this one and is 0-0 with a 2.25 ERA and 3 strikeouts this season. In his career, Cueto is 8-4 with a 3.30 ERA and 100 strikeouts against the Padres.

I really liked what I saw from Paddack in his debut and the Padres are finally looking like the team we’ve been waiting for them to be for some time now. However, I’m still not used to laying these kinds of prices with the Padres and San Francisco has shown they can be dangerous at time, especially with Cueto on the mound as he gave the Dodgers all they could handle in his first start. I don’t know if the Giants get it done here though but I’m expecting a duel so I’ll back the under in this one.