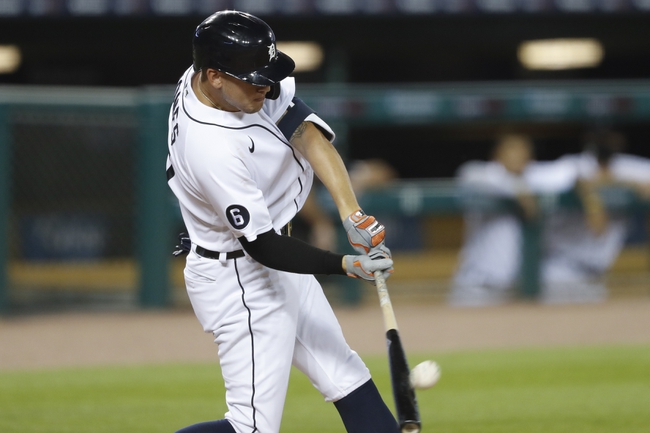 TV: FS-Detroit, FS-Kansas City Stream the MLB Game of the Day all season on ESPN+. Sign up now!

The Kansas City Royals and the Detroit Tigers meet in an AL Central division matchup from Comerica Park on Thursday night.

The Kansas City Royals come into this one looking to bounce back after a 5-4 loss to Detroit in Wednesday’s affair. Maikel Franco led the way, going 3 for 4 with a pair of doubles and two RBIs. Ryan McBroom had an RBI as did Bubba Starling to cap off KC’s scoring as a team in defeat. Whit Merrifield went 2 for 4 with a double while Adalberto Mondesi added a triple and Jorge Soler added a base hit as well to finish off the Royals’ offense as a team in the losing effort. Danny Duffy gave up four runs on three hits while striking out eight over five innings of work, not factoring in the decision. Ian Kennedy took the loss, falling to 0-1 as a result. Brady Singer will start this one and is 0-0 with a 3.60 ERA and 7 strikeouts this season. This will be Singer’s first career start against Detroit.

The Detroit Tigers will look to build off of their win over KC on Wednesday. Jonathan Schoop led the Tigers with three RBIs including a two-run home run while Jacoby Jones went 3 for 3 with a solo home run and Niko Goodrum added an RBI as well as the Tigers had just four hits as a team in the winning effort. Matt Boyd allowed four runs on nine hits while striking out six over five innings of work, not factoring in the decision. Bryan Garcia picked up the win to improve to 1-0 while Joe Jimenez closed out the 9th for his 1st save of the season. Ivan Nova will start this one and is 0-0 with a 5.40 ERA and two strikeouts this season. In his career, Nova is 3-2 with a 5.83 ERA and 28 strikeouts against Kansas City.

The Royals aren’t the type of team I’m trying to lay juice with on the road, especially with a rookie starting pitcher. However, Singer showed a lot of good stuff in his debut and he definitely has enough to hold the Tigers down here. Nova’s had a bunch of issues in his career with Kansas City and I don’t see those getting resolved here, so I’ll side with the Royals for the win in this one. 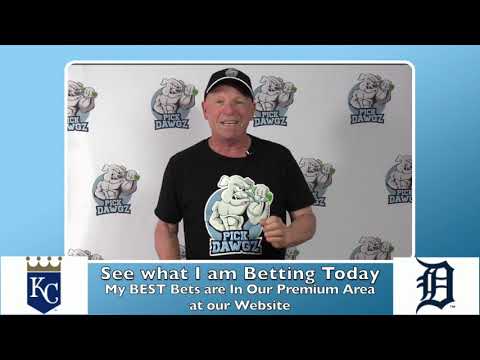