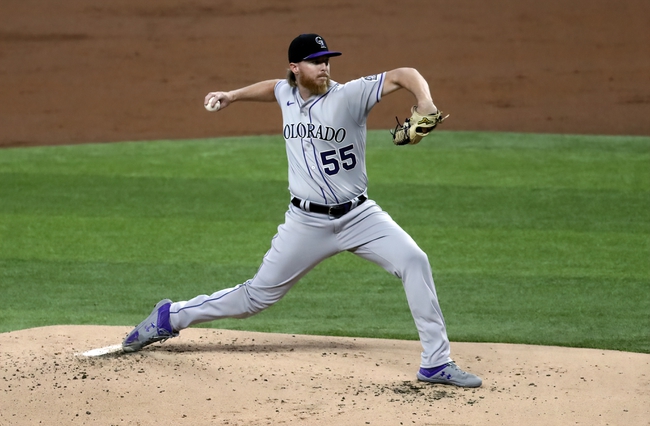 The San Diego Padres and the Colorado Rockies meet Friday in MLB action from Coors Field.

The Padres just finished up a three-game series versus the Giants. San Diego split the first two games of that set, then in Thursday’s rubber match the Padres powered out a 10-inning victory 12-7. As for the Rockies, they’re coming off two games versus the A’s. Colorado won both of those, 8-3 on Tuesday and 5-1 on Wednesday. Check back all season long for free MLB picks and MLB predictions at Sports Chat Place.

San Diego out-hit the Giants 14-11 during their extra-innings marathon on Thursday. Tommy Pham was the Padres’ lead hitter in that one, going 3-for-5 with two RBI and two runs.

For the Friday matchup, the Padres will go with Garrett Richards in the start. Last year, Richards had an 0-1 record in limited action, posting an 8.31 ERA with 11 strikeouts in 8.2 innings. In his first start of the year versus Arizona, Richards looked pretty good with six strikeouts in a clean five innings of work.

Over on the Rockies’ side, they’ve been buoyed by a few nice offensive performances so far this year. Trevor Story is one of the top producers for Colorado with a .278 batting average, five hits, two homers and three RBI. David Dahl and Tony Wolters also have three RBI, but aren’t as consistent. Dahl is hitting .227 and Woters is at .214 thus far. It’s really early however, so no worries yet for the Rockies.

In the Friday game, Colorado will go with Jon Gray in the start. Gray is coming off an 11-8 record in 2019 with a 3.84 ERA and 150 strikeouts in an even 150.0 innings pitched. In his first action of the year, Gray was decent with one run and three hits in 4.2 innings versus the Rangers on Saturday.

Pick: I’m going to stick with the Padres. If Richards can come out and post a quality start here, San Diego should be in a pretty good position. We haven’t seen much from the Rockies offense as a whole just yet, so this one might be a relatively low-scoring affair initially. I like Gray to come out strong here as well, but the San Diego bats should break through eventually. This will be a fun matchup regardless. 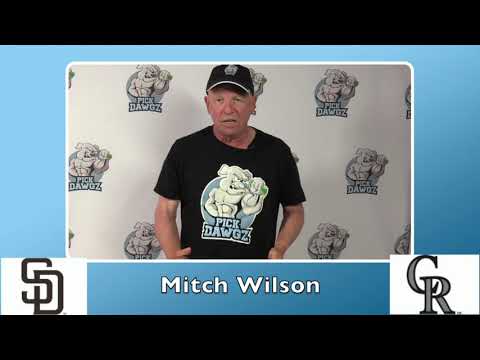