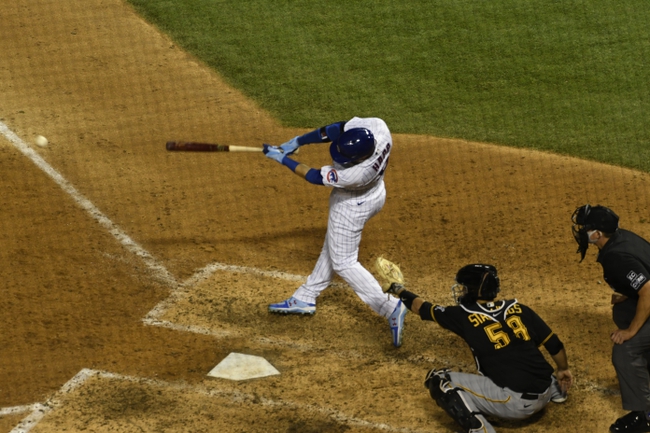 The Pittsburgh Pirates need a win after losing three of their last four games. The Pirates have scored 11 runs in their last three games and four or more runs in four of their first seven games. The Pirates have split their first four games when scoring four or more runs. Colin Moran leads the Pirates with eight hits and five RBI while Josh Bell and Phillip Evans have combined for 10 hits and four RBI. Mitch Keller gets the ball, and he is 1-0 with a 1.80 ERA and two strikeouts this season. Keller is 0-1 with a 6.75 ERA and 12 strikeouts in his career against the Cubs.

The Chicago Cubs look to stay hot after winning four of their last five games. The Cubs have scored 21 runs in their last three games and six or more runs in five straight games. The Cubs are 4-1 this season when scoring more than three runs. Javier Baez leads the Cubs with seven hits and four RBI while Nico Hoerner and Willson Contreras have combined for 13 hits and nine RBI. Tyler Chatwood gets the ball, and he is 1-0 with a 1.50 ERA and eight strikeouts this season. Chatwood is 0-2 with a 3.54 ERA and 19 strikeouts in his career against the Pirates.

The Pittsburgh Pirates are starting to look more and more like the Pittsburgh Pirates, and that's a team that can't find easy offense or finish games. The Chicago Cubs have been the complete opposite, as they've scored no less than six runs in five straight game. Chatwood also looked terrific in his season opener with six strong innings against the Milwaukee Brewers. It feels like these teams are showing their true colors early in the season. Give me the Cubs and the RL for added value.