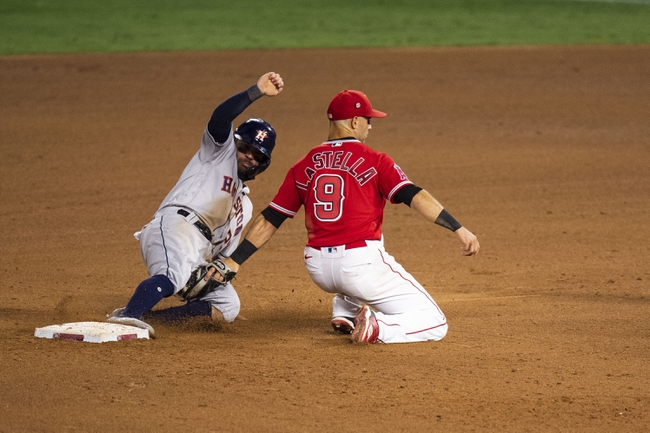 The Houston Astros look for a win after splitting their last six games. The Astros have scored 13 runs in their last three games and six or more runs in five of their first seven games. The Astros are 4-1 this season when scoring more than two runs. Michael Brantley leads the Astros with 11 hits and six RBI while Carlos Correa and Yuli Gurriel have combined for 17 hits and eight RBI. Zack Greinke gets the ball, and he is 0-0 with a 8.10 ERA and two strikeouts this season. Greinke is 6-5 with a 4.03 ERA and 68 strikeouts in his career against the Angels.

The Los Angeles Angels need a win to snap a three-game losing streak. The Angels have scored 18 runs in their last three games and four or more runs in six of their last seven games. The Angels are 2-4 this season when scoring four or more runs. David Fletcher leads the Angels with 12 hits and four RBI while Brian Goodwin and Mike Trout have combined for 16 hits and 11 RBI. Griffin Canning gets the ball, and he is 0-1 with a 5.79 ERA and seven strikeouts this season. This will be Canning’s second career game against the Astros.

The Houston Astros continues to tear the cover off the ball and when you throw in Greinke, you have to like this teams chances on Saturday night. The Los Angeles Angels are falling apart rather quickly and not having Trout in the lineup certainly doesn't help matters. The Houston Astros have the advantage pretty much everywhere you look in this game, so I'll back them and lay the RL.