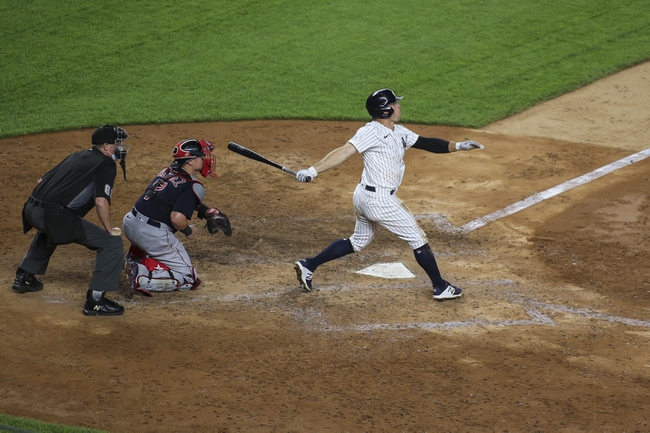 The Boston Red Sox will try to bounce back from a 5-1 loss to the New York Yankees in their last outing. Michael Chavis’ solo homer in the 3rd was the lone run the BoSox would plate in the loss while Xander Bogaerts went 2 for 3 at the dish and Kevin Pillar and Jose Peraza each had a base hit as the Red Sox had just five hits as a team in defeat. Ryan Weber took the loss, falling to 0-2 after allowing three runs on four hits over 3.1 innings of work. Zack Godley will start this one and is 0-0 with a 0.00 ERA and 7 strikeouts this season. This will be Godley’s first career start against the Yankees.

The New York Yankees will try to build off of their win in Friday’s matchup over Boston. All of New York’s damage on the scoreboard came via the long ball as Brett Gardner and Aaron Judge each hit a two-run home run while Gio Urshela went 2 for 4 with a solo homer. DJ LeMahieu went 3 for 5 while Gleyber Torres chipped in a pair of hits as well to finish off New York’s offense in the victory. Jordan Montgomery got the win after allowing one run on five hits while striking out four over 5.2 innings of work to improve to 1-0. Masahiro Tanaka will start this one and was 11-9 with a 4.45 ERA and 149 strikeouts last season. In his career, Tanaka is 8-5 with a 5.76 ERA and 85 strikeouts against Boston.

It’s not often you’re going to hear me say this, but I think I’m going to take a shot with Boston here. Godley wasn’t terrible in his debut and current Yankees are only hitting .200 against Godley. Tanaka on the other hand was rung up to the tune of a 24.75 ERA against Boston last season across three starts covering eight innings. Yikes. If Godley can replicate some of that success and the bats wake up against Tanaka, Boston could have a shot to steal one here. Give me the Red Sox and the plus money.