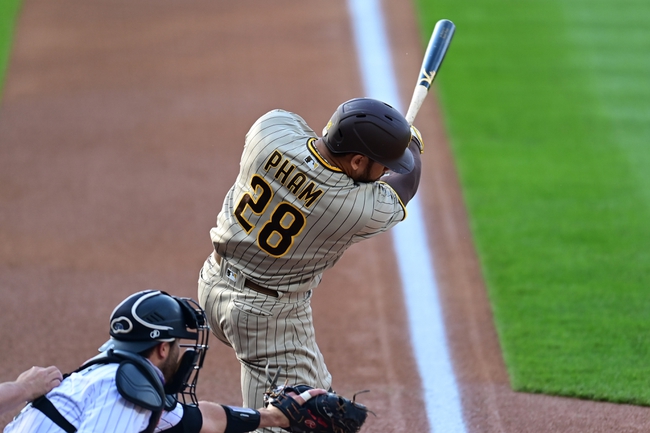 TV: ATT-RM, FS-San Diego Stream the MLB Game of the Day all season on ESPN+. Sign up now!

The San Diego Padres and the Colorado Rockies meet in an NL West division matchup from Coors Field on Sunday afternoon.

The San Diego Padres will look to rebound from a 6-1 loss to the Rockies last time out. Trent Grisham led the way with San Diego’s lone RBI with his 3rd homer of the year, a solo shot. Tommy Pham and Francisco Mejia each had a base hit as the Padres cranked out just three hits as a team in the losing effort. Joey Lucchesi took the loss, falling to 0-1 after allowing three runs on six hits while striking out three over 1.2 innings of work. Zach Davies will start this one and is 1-0 with a 3.60 ERA and 5 strikeouts this season. In his career, Davies is 2-1 with a 3.48 ERA and 13 strikeouts against Colorado.

The Colorado Rockies will try to build off of Saturday’s victory in Sunday’s matchup. Matt Kemp and Trevor Story each had a solo home run with Story going 2 for 3 at the dish in the win while Charlie Blackmon, Chris Owings and Drew Butera each had an RBI as well with Owings going 3 for 4 at the dish while Blackmon had a pair of hits as well. Nolan Arenado, Garrett Hampson and David Dahl each chipped in a base knock as well in the victory for the Rockies. Kyle Freeland got the win to improve to 2-0 after throwing six shutout innings, allowing just two hits while striking out four. Antonio Senzatela will start Sunday’s matchup and is 1-0 with a 3.60 ERA and 3 strikeouts this season. In his career, Senzatela is 6-1 with a 3.30 ERA against San Diego.

It’s no secret that Senzatela was roughed up at home last year as he had a 5.32 ERA in 16 starts. However, what pitcher hasn’t struggled at Coors, the list is a lot longer than the guys who have succeeded in the thin air in Colorado. With that said, Saturday’s matchup showed us that while the air is thin that doesn’t always translate to a high-scoring game that soars over the total. Both hurlers were decent in their respective first starts and I think we could see another lower-scoring game by Colorado standards, so I’ll side with the under as my free pick for this game, but my stronger play is on the side and it’s available as a premium pick that you can find here. 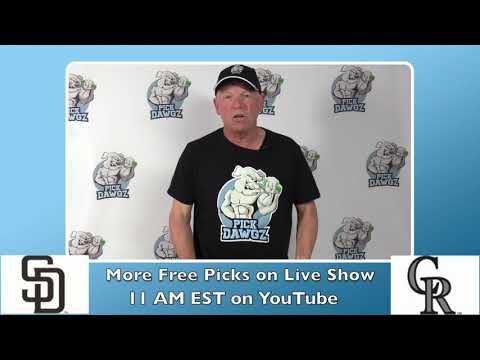