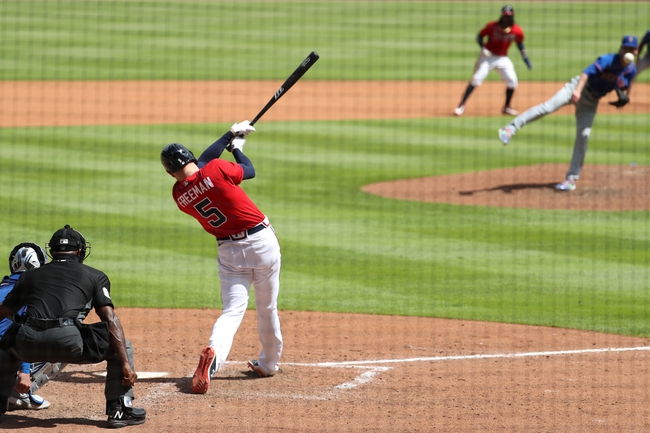 TV: FSSO, SNY, FS1 Stream the MLB Game of the Day all season on ESPN+. Sign up now!

The New York Mets and the Atlanta Braves meet Monday in MLB action from SunTrust Park.

This will be the fourth game of a weekend series between these teams. The Braves won the first pair, 11-10 on Friday and 7-1 Saturday. In the Sunday game three, Atlanta scored three runs in the first four innings and went on to a 4-0 shutout. Check back all season long for free MLB picks and MLB predictions at Sports Chat Place.

The Mets out-hit the Braves 10-7 on Sunday, oddly enough, but New York simply couldn’t take advantage of their opportunities. The team left a whopping 33 players on base in this game, with Pete Alonso leading the way with six. Alonso was 0-for-5 in the game. Jeff McNeil had a decent line on a 3-for-5 day, but left four guys stranded himself.

For Monday’s game, New York will send out Jacob deGrom as the starter. Last season, deGrom posted an 11-8 record with a 2.43 ERA and 255 strikeouts in 204.0 innings pitched. In his most recent start of the 2020 year, deGrom posted a quality start with four strikeouts but he received a no-decision.

Over on the Braves’ side, they had to chip into their run total over the course of the game on Sunday, but with the defensive effort it didn’t take much. Atlanta’s leading hitter was Adam Duvall with a 2-for-3 game and a run. Freddie Freeman added a hit and two RBI there as well.

For the Monday game, Atlanta will send out RHP Mike Soroka as the starter. Soroka is coming off a 13-4 mark last year with a 2.68 ERA and 142 strikeouts in 174.2 innings of work. To open up the season, Soroka managed 10 straight scoreless innings but started to show some cracks in his last appearance. He’s got a 1.59 ERA and eight Ks on the year so far.

Pick: Going Mets. This one really could go either way, but I feel a little more comfortable with deGrom on the mound for New York. While it is true that the Mets have lost more of deGrom’s starts than they’ve won over the last three seasons, he’s obviously the team’s best bet for trying to get a W. Soroka will make things difficult for the offense on the other side, but if the Mets can plate a few runs they’ll be in a good spot to tough one out. 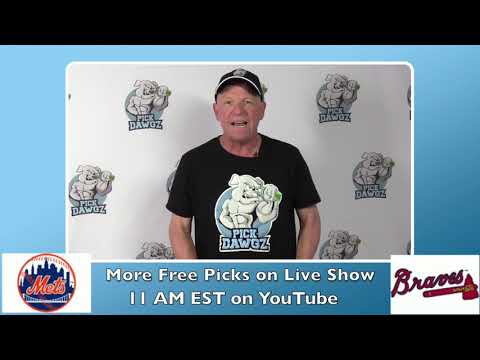