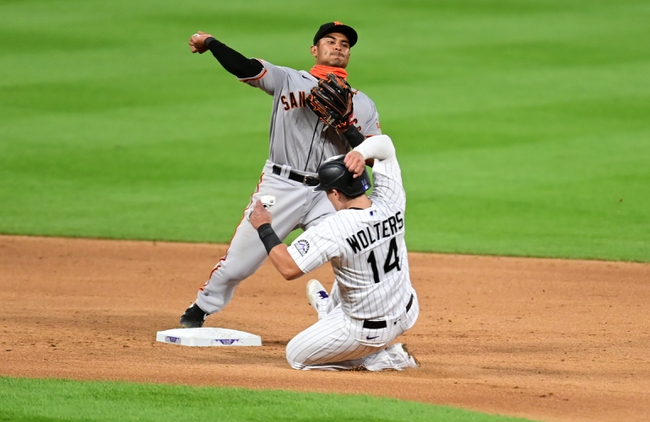 The San Francisco Giants and the Colorado Rockies meet Tuesday in MLB action from Coors Field.

This will be the second installment of a four-game set between these teams this week. In the Monday opener, The Rockies scored five runs in the bottom of the sixth inning on the way to a razor-close 7-6 victory. Check back all season long for free MLB picks and MLB predictions at Sports Chat Place.

The Giants had a 4-1 edge going into the sixth inning on Monday, but that was erased with six Colorado runs over the next three frames. San Francisco posted two runs in the top of the ninth inning to make a game of it, but fell short. The good news is that three Giants players had home runs in the game (Tromp, Yastrzemski, Dickerson), but only two players had more than one hit. Starter Johnny Cueto went 5.0 innings with three runs (two earned), two walks and four strikeouts. He had to settle for a no-decision.

For Tuesday’s matchup, the Giants will send out RHP Kevn Gausman in the starting role. Last year, Gausman went 3-7 with a 6.19 ERA and 85 strikeouts in 80 innings pitched. So far this season in two games (one start), Gausman has a 5.40 ERA with 10 Ks In 8.1 innings.

Over on the Rockies’ side, they had a very evenly-balanced offensive effort on Monday. Every player had at least one hit, and only Chris Owings had more than one. He went 2-for-4 with a solo homer and two runs. Jairo Diaz ended up with the save for Colorado on 1.0 innings and two runs (one earned).
For Tuesday’s starting role, Colorado will hand it to RHP German Marquez. Last season, Marquez posted a 12-5 record with a 4.76 ERA and 175 strikeouts in 174.0 innings pitched. This year so far, Marquez has been great, with a 1-1 record, a 1.54 ERA and 14 Ks in 11.2 innings.

Pick: I like the Rockies here. With Marquez on the mound, Colorado should be able to keep the game manageable in the early innings. The Rockies showed a glimpse of their potential offensive firepower in the sixth inning of Monday’s game, and if they can recapture a little bit of that momentum Colorado should be in a nice spot. 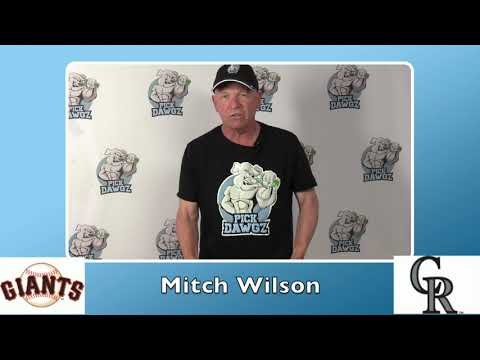