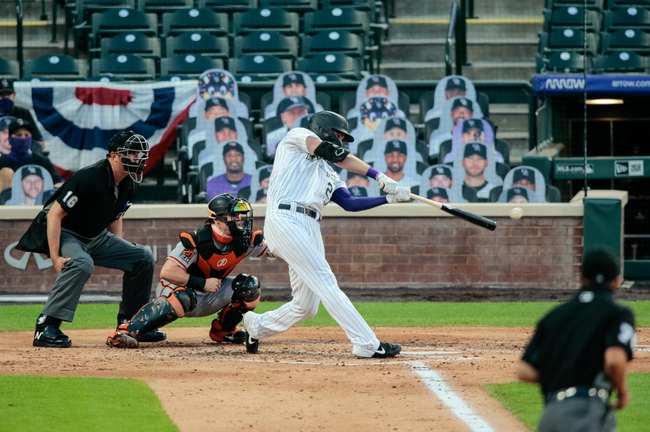 The San Francisco Giants and the Colorado Rockies meet Wednesday in MLB action from Coors Field.

This will be game three of a four-game set between these teams this week. The Rockies eked out a 7-6 victory on Monday in the opener. In the Tuesday game, Colorado kept it going with an efficient 5-2 win to take a 2-0 lead in the series. Check back all season long for free MLB picks and MLB predictions at Sports Chat Place.

The Giants out-hit the Rockies 7-6 in the Tuesday loss, but could only come up with two runs for their troubles. (The three errors didn’t help, either.) Steven Duggar was the only San Francisco player with an RBI; he collected two on a 1-for-3 line and his lone hit was a double. Kevin Gausman took the loss for the Giants on 5.1 innings, four earned and seven strikeouts.

Over on the Rockies’ side, they had another pretty even offensive effort on Tuesday, as Charlie Blackmon was the only player with more than one hit. He went 2-for-3 with two RBI and a run. Nolan Arenado slapped a solo homer there as well, also plating two runs. German Marquez was great for Colorado in the start, lashing 7.1 innings with six hits, two earned and nine strikeouts.

In Wednesday’s start, Colorado will go with Jon Gray. In 2019, Gray went 11-8 with a 3.84 ERA and 150 strikeouts in an even 150.0 innings. He has a 2.61 ERA in two starts so far this year. In his last outing, Gray posted 5.2 innings versus the Padres and powered through some defensive issues to minimize the damage.

Pick: I’m leaning toward sticking with Colorado. The Rockies should get a nice outing from Gray in the Wednesday game, and a quality start there would go a long way toward a victory. It’ll be interesting to see if the Giants can get their offense going again; the yawner response on the scoreboard Tuesday just might bleed into the Wednesday festivities, but we’ll have to see how it goes. For now, the Rockies seem primed for more success. They haven't been overwhelming, but Colorado is getting the job done in 2020 so far. 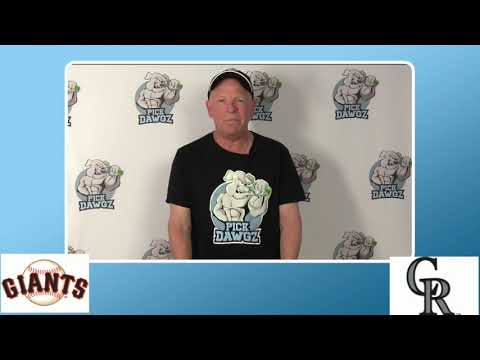