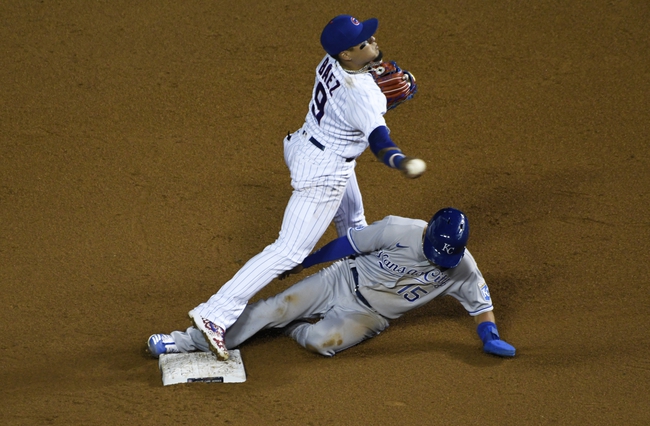 TV: MARQ, FSKC Stream the MLB Game of the Day all season on ESPN+. Sign up now!

The Chicago Cubs and the Kansas City Royals meet Wednesday in MLB action from Kauffman Stadium.

This is game three of a four-game home-and-home series between these teams this week. The Cubs won Monday’s game 2-0. In the Tuesday matchup, Chicago eked out a very tense 5-4 victory despite two runs from Kansas City in the top of the ninth. Check back all season long for free MLB picks and MLB predictions at Sports Chat Place.

The Cubs were out-hit 10-9 in the Tuesday victory, but were able to withstand a last-minute charge from the Royals. Chicago’s Wilson Contreras had a nice game with a solo homer and two runs alongside a 2-for-4 line. Jason Heyward also blasted a (two-run) homer and plated two runs. Starting pitcher Kyle Hendricks earned the victory with 7.0 innings, seven hits and two earned.

Over on the Royals’ side, they had some offensive successes here and there on Tuesday but couldn’t string much together in the early-going. Adalberto Mondesi had a 3-for-4 evening with one run and an RBI. Starting pitcher Brady singer took the loss for Kansas City with 5.0 innings, five hits and four earned runs.

In the Wednesday matchup, Kansas City will send out Kris Bubic as the starter in game three. Bubic has just one start this year—and in his MLB career as a whole. Overall he’s 0-1 with a 4.50 ERA and three strikeouts in 4.0 innings pitched.

Pick: Going to stick with the Cubs. Most of that is based on the pitching matchup here. Darvish is coming off a solid start versus the Pirates, piling up seven Ks and generating 18 swinging strikes across six shutout innings. Darvish managed to post a 3.09 ERA across 16 starts in 2019, so he should be fine away from Wrigley Field. I expect Bubic to do fairly well here also, but Darvish has a much better chance at controlling the game from the mound. 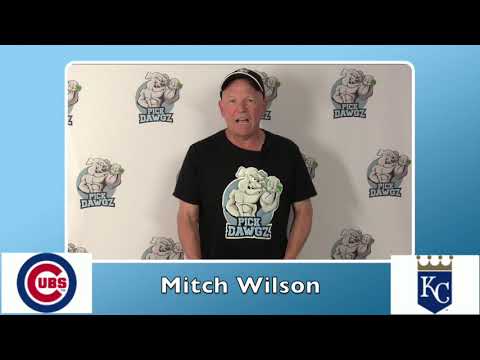