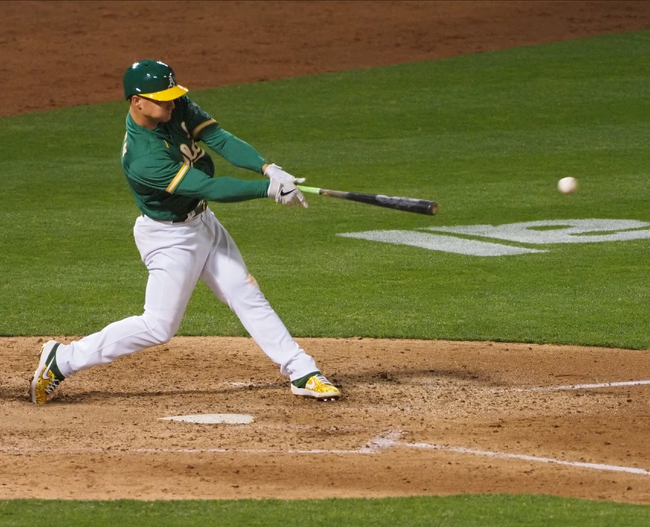 The Texas Rangers and the Oakland A’s meet in an AL West division matchup from the Oakland Coliseum on Wednesday night.

The Texas Rangers will try to rebound from a 5-1 loss to the A’s on Tuesday night. Todd Frazier went 2 for 4 with a pair of doubles and Texas’ lone RBI while Isiah Kiner-Falefa also had two hits and Joey Gallo added a base hit as well to round out the Rangers’ offense as Texas had just five hits as a team in the loss. Lance Lynn allowed one run on three hits while striking out seven over 6.1 innings of work, not factoring in the decision while Edinson Volquez took the loss in relief to fall to 0-1 on the year. Kyle Gibson will start this one and is 0-1 with a 0.00 ERA and 4 strikeouts this season. In his career, Gibson is 3-2 with a 3.82 ERA and 22 strikeouts against Oakland.

The Oakland A’s will look to build off of their win over the Rangers on Tuesday. Stephen Piscotty led the A’s by going 2 for 3 with a grand slam while Matt Chapman added a solo homer as well to finish off Oakland’s scoring as a team in the win. Tony Kemp chipped in a pair of hits as well to finish off Oakland’s offense as the A’s had just six hits as a team in the win. Jesus Luzardo threw five scoreless innings, allowing just two hits while striking out five, not factoring in the decision. Liam Hendriks got the win in relief to improve to 1-0 on the year. Sean Manaea will start this one and is 0-2 with a 7.00 ERA and 7 strikeouts this season. In his career, Manaea is 6-2 with a 3.15 ERA and 57 strikeouts against Texas.

Just when I thought Texas had turned a corner and could get the job done with Lynn on the mound, the Rangers forget how to score again. Manaea may provide a better opportunity for the Rangers to plate some runs, but until I see it from Texas, I’m not buying it. On the other hand, Gibson pitched well last time up and he could limit the damage that Oakland brings, so I’ll side with the under as my pick for this game as I envision a low scoring battle. 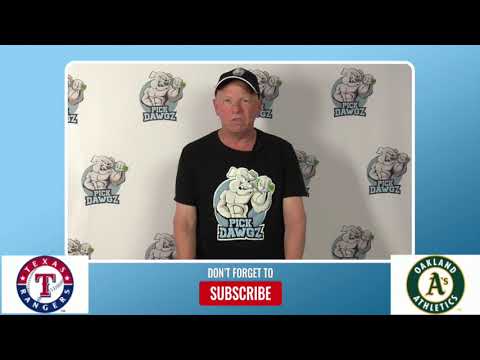