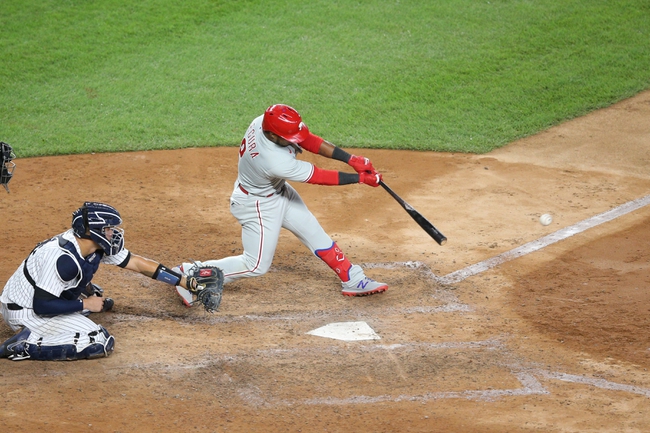 TV: NSPA, YES Stream the MLB Game of the Day all season on ESPN+. Sign up now!

This is technically game two of a five-game set between these teams this week, as the schedule has been adjusted due to positive virus tests in the league recently. This will also be the first installment of a Wednesday doubleheader. As far as the series, New York won Monday’s game, taking it 6-3 mostly on the strength of the home run. Check back all season long for free MLB picks and MLB predictions at Sports Chat Place.

New York is cooking right now in the win column at 8-1 overall, and they’re getting lots of production via the long ball. Aaron Judge leads the way with six homers on the year with a .314 batting average, 11 runs and 14 RBI. DJ LeMahieu is also playing great with a .412 average, 14 hits, seven runs, two homers and five RBI. It’s not all roses, though; some Yankees like Miguel Andujar (.125 BA), Gary Sanchez (.080 BA) and Brett Gardner (.105 BA) haven’t gotten going yet.

Over on the Phillies’ side, their relatively small number of games played so far makes it hard to nail down trends and tendencies, but we’re learning more about a few guys. Catcher JT Realmuto leads the team in at-bats but is hitting a tepid .235 with two runs, a homer and three RBI. Jean Segura has three hits, two runs, one RBI and a .200 batting average. Didi Gregorius is a bright spot however, with a .333 BA, three runs, five hits and two solo homers.

In Wednesday’s matchup, Philadelphia will go with Zack Wheeler in the starting role. Last season, Wheeler went 11-8 with a 3.96 ERA and 195 strikeouts in 195.1 innings of work. In his debut with the Phillies, Wheeler had a successful outing versus the Marlins. He managed one run in seven innings with four strikeouts in a victory.

Pick: I’m leaning Yankees here. Granted, with the roll that New York is on to start out this season we’ll see thick lines all over the place but they’re warranted. The Yankees really haven’t gotten going across their full lineup yet, and if the hitters can put it together consistently across the order it’s going to be a sight to see. Wheeler should be able to keep things manageable while he’s in there, but I have to think the Yanks will break through sooner rather than later. 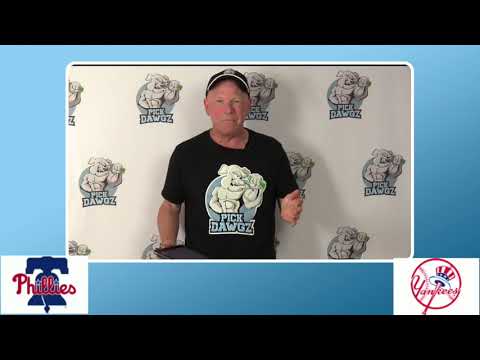