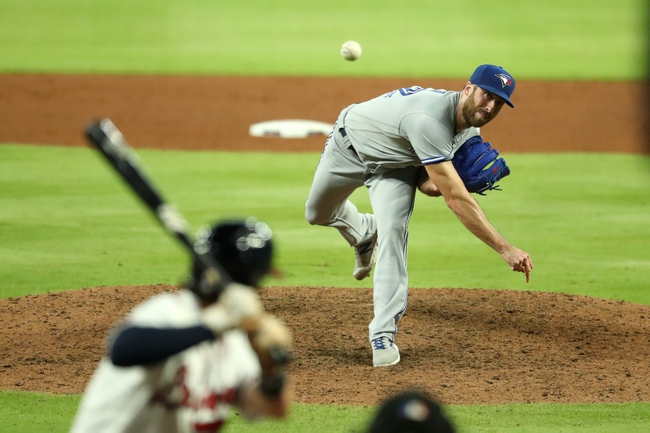 TV: FS-South, Sportsnet Stream the MLB Game of the Day all season on ESPN+. Sign up now!

The Toronto Blue Jays and the Atlanta Braves meet in MLB action from Truist Park on Thursday night.

The Toronto Blue Jays will look to build off of a narrow 2-1 win over Atlanta on Wednesday night. Cavan Biggio and Danny Jansen accounted for the two Toronto RBIs in the win while Vladimir Guerrero Jr. had a double. Bo Bichette went 2 for 4 at the dish and Randal Grichuk added a base knock as well to finish off Toronto’s offense as the Jays mustered up just five hits as a team in the win. Hyun-Jin Ryu had his best start in a Jays’ uniform, throwing five shutout innings, allowing just one hit while striking out eight to get the win to improve to 1-1 on the year. Anthony Bass picked up the save, closing out the 9th for his 2nd save of the season. Nate Pearson will start this one and is 0-0 with a 0.00 ERA and 5 strikeouts this season. This will be Pearson’s first career start against Atlanta.

The Atlanta Braves will look to bounce back from a quiet night in the loss to the Jays on Wednesday. Adam Duvall went 2 for 3 with a solo home run while Travis d’Arnaud had a base hit of his own to finish off Atlanta’s offense as the Braves had just three hits as a team in the losing effort. Sean Newcomb took the loss, falling to 0-1 after allowing the two earned runs on five hits while striking out four over 4.2 innings of work. Touki Toussaint will start this one and is 0-0 with an 8.10 ERA and 11 strikeouts this season. This will be Toussaint’s first career start against Toronto.

Toussaint dealt in his last start, but I’m not ready to jump back on board with him just yet. Toronto’s not always doing it pretty, but they’re showing signs of being a solid defensive club, the bats just have to catch up and Nate Pearson is going to be a cornerstone of this rotation for years to come. I think Pearson comes in and misses more bats after a solid debut, so I’ll take a shot with the Jays and the plus money to eke out another low-scoring victory. 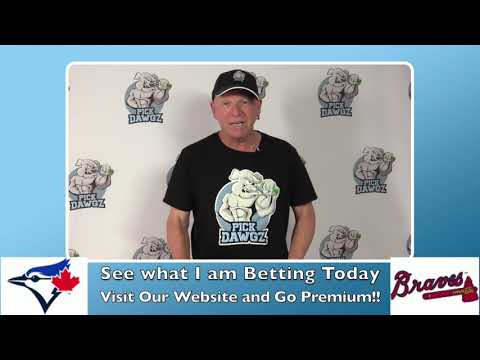