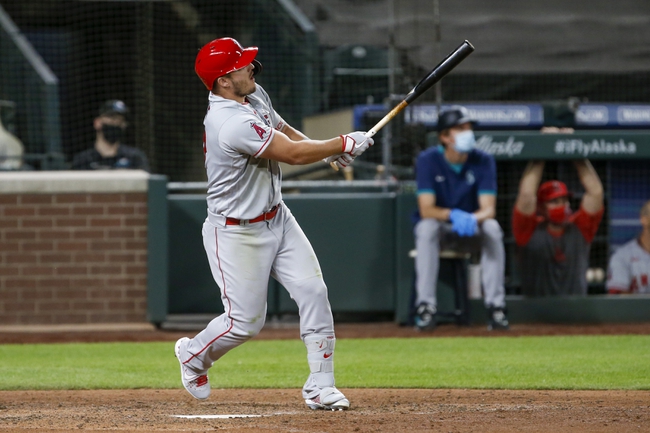 TV: FS1, FSSW, FSW Stream the MLB Game of the Day all season on ESPN+. Sign up now!

The Los Angeles Angels and the Texas Rangers meet in an AL West division matchup from Globe Life Field on Friday night.

The Los Angeles Angels will look to build on a 6-1 win over the Seattle Mariners in their last game. Max Stassi led the way with a home run and three RBIs while Shohei Ohtani had a solo home run. Tommy La Stella went 2 for 4 with a double and an RBI and Justin Upton added an RBI as well to cap off Los Angeles’ offense as a team in the win. David Fletcher chipped in a double while Mike Trout and Brian Goodwin each had base hits as well to round out the Angels’ offense as a team in the victory. Dylan Bundy got the win to improve to 2-1 after throwing a complete game, giving up just the one run on four hits while striking out ten. Griffin Canning will start here and is 0-1 with a 3.38 ERA and 12 strikeouts this season. In his career, Canning is 0-1 with a 7.56 ERA and 11 strikeouts against Texas.

The Texas Rangers will try to rebound from a 6-4 loss to Oakland in their last game. Anderson Tejeda led the Rangers by going 2 for 4 with a home run and three RBIs while Todd Frazier had a solo home run, going 2 for 4 at the dish in the loss. Isiah Kiner-Falefa went 3 for 4 with a triple while Shin-Soo Choo went 2 for 5 with a double. Nick Solak went 2 for 4 and Elvis Andrus added a base hit as well to finish off Texas’ scoring as a team in the losing effort. Mike Minor took the loss, falling to 0-3 on the year after allowing five earned runs on four hits while striking out six over five innings of work. Jordan Lyles will start here and is 0-1 with a 6.00 ERA and 3 strikeouts against the Angels

The Angels have started to find their groove offensively again, and I wouldn’t be surprised if that continues against Lyles, who has a 6.00 ERA on the year and just allowed four runs in four innings against the Giants in his last start. On the other hand, Canning’s had issues in his career against the Rangers and I wouldn’t be surprised if Texas plated a few runs here as well. I’ll side with the over in this one. 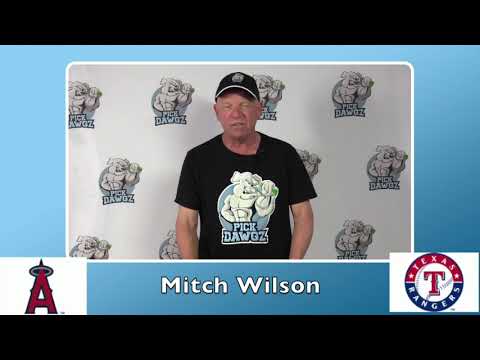