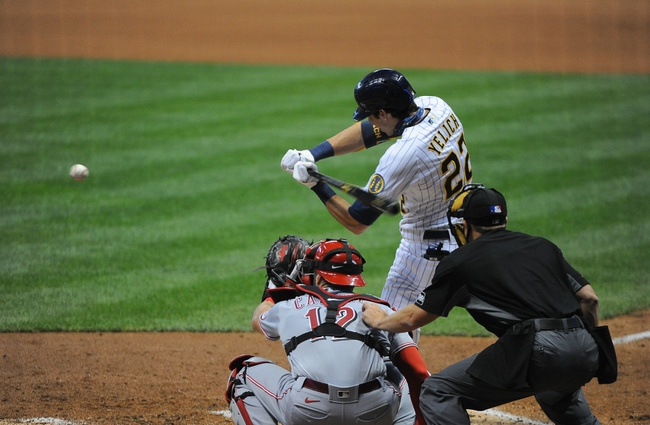 TV: FSWI, FSO Stream the MLB Game of the Day all season on ESPN+. Sign up now!

The Cincinnati Reds and the Milwaukee Brewers meet in an NL Central division game from Miller Park in MLB action on Saturday night.

The Cincinnati Reds will look to build on an 8-3 win over the Brew Crew on Friday. Nick Castellanos and Matt Davidson each had a team-high three RBIs with Davidson’s coming on a three-run home run while Castellanos went 2 for 5 with a two-run home run and a double. Kyle Farmer had a double and an RBI while going 2 for 4 at the dish while Nick Senzel had an RBI as well to round out Cincinnati’s scoring as a team in the win. Jesse Winker went 2 for 3 at the dish while Eugenio Suarez had a base knock as well to finish off Cincinnati’s offense in the victory. Trevor Bauer got the win to improve to 2-0 after allowing just one run on three hits while striking out 12 over six innings of work. Anthony DeSclafani will start this one and is 0-0 with a 0.00 ERA and 2 strikeouts this season. In his career, DeSclafani is 3-4 with a 5.23 ERA and 55 strikeouts against Milwaukee.

The Milwaukee Brewers will try to bounce back after their loss to the Reds on Friday. All of Milwaukee’s damage on the board came via the long ball, with Christian Yelich hitting a two-run homer and Logan Morrison adding a solo shot to make up Milwaukee’s three RBIs as a team in the loss. Brock Holt, Ben Gamel and Mark Mathias each had a base hit as well in the defeat for the Brewers. Eric Lauer took the loss, falling to 0-1 after allowing six runs on five hits over three innings of work. Brett Anderson will start this one and is 0-0 with a 6.00 ERA and 2 strikeouts this season. In his career, Anderson is 2-1 with a 5.40 ERA and 8 strikeouts against Cincinnati.

These two pitchers have had issues in their respective careers against the opposition, but I’m still going to back the under here. Both the Reds and Brewers are having issues scoring for the most part lately outside of Cincinnati’s eight runs on Friday, and DeSclafani looked good in his opening start, stifling Detroit, while Anderson’s start was hampered by a comebacker off of his foot but I think he can work past that here. Either way, I see a lower scoring game on Saturday, something in the area of 4-3 or 5-3, so I’ll take the under as my pick for this game. 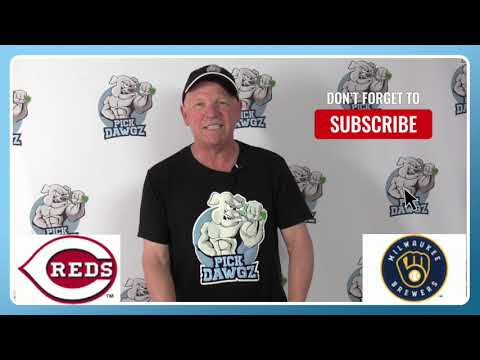