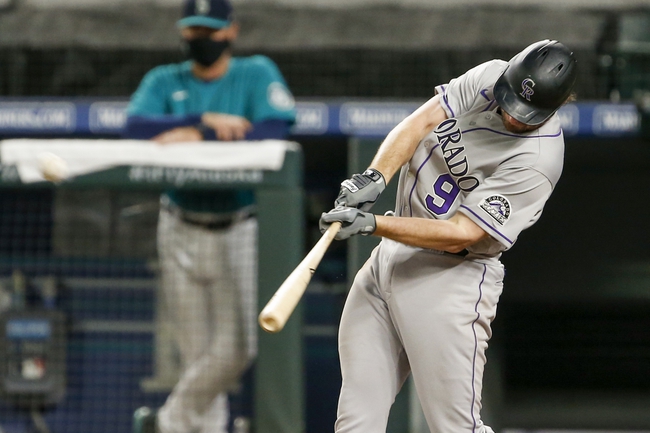 TV: MLBN, RSNW, ATTR Stream the MLB Game of the Day all season on ESPN+. Sign up now!

The Colorado Rockies and the Seattle Mariners meet in an interleague matchup in MLB action from T-Mobile Park on Saturday night.

The Colorado Rockies will look to build on their current run of form that has them at the top of the NL West at 9-3 following a 8-4 win over Seattle last time out. Daniel Murphy led the way with a home run and four RBIs while Garrett Hampson had a solo homer and two RBIs. Charlie Blackmon also had a solo homer while Trevor Story added an RBI as well to finish off Colorado’s scoring as a team in the win. Elias Diaz went 2 for 4 with a double while Matt Kemp also added a two-bagger and Chris Owings had a base hit to cap off the Rockies’ offense. Antonio Senzatela got the win after giving up two runs on five hits while striking out five over six innings of work to improve to 3-0 this year. Ryan Castellani will get the call for this one and is making his major league debut in the start.

The Seattle Mariners will try to bounce back after their loss to Colorado on Friday. Austin Nola had a home run, a double and three RBIs while Mallex Smith added an RBI as well to cap off Seattle’s scoring as a team in the loss. Kyle Seager went 2 for 4 with a double while Dee Gordon, Tim Lopes and Kyle Lewis each had a base hit to finish off Seattle’s offense as a team in defeat. Yusei Kikuchi took the loss, falling to 0-1 after allowing four runs on six hits while striking out three over 5.2 innings of work. Nick Margevicius will get the start here and is 0-0 with a 5.40 ERA and 5 strikeouts this season. In his career, Margevicius is 0-2 with a 16.55 ERA and 13 strikeouts against Colorado.

Who knows what we’re going to see from Castellani here, as he wasn’t really good in the minors last year, but he did have surgery to clean up his elbow, so maybe that’ll help cure what ailed him and I’m sure we won’t see him long in this game anyways as this feels like a bullpen game. Margevicius made a few starts for Seattle last season, but he was absolutely torched by the Rockies, allowing 19 runs in 10.1 innings, including five runs in four innings in the lone start against Colorado at home. I just think given Colorado’s current run of form, they can scrape enough across to get Castellani through and get another win to keep at the top of the NL West for now. Give me Colorado as my free pick for this game, but my stronger play is on the total which I have available as a premium play that you can find here. 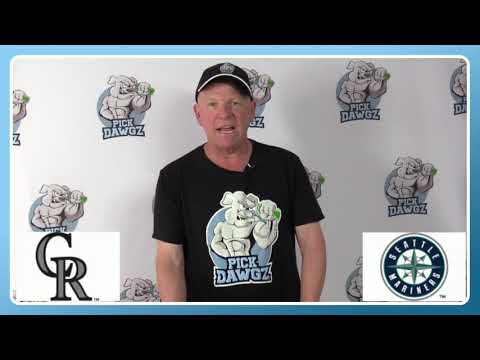