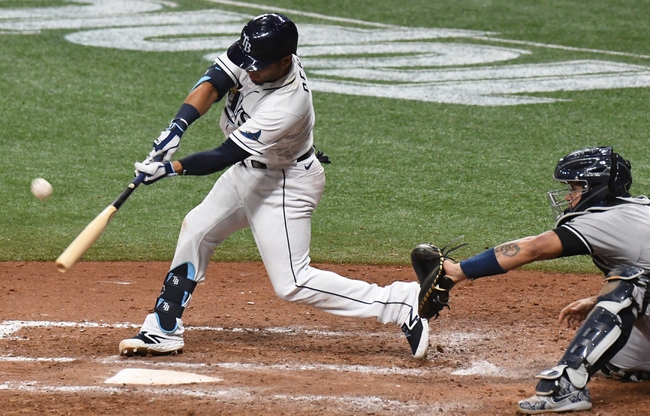 This will be the first game of a Saturday doubleheader, and game two in the four-game weekend series between these American League East Teams. In the set opener on Friday evening, the Rays managed a tense 1-0 victory with a high defensive game. Check back all season long for free MLB Picks and MLB predictions at Sports Chat Place.

The Yankees couldn’t plate a run on Friday, posting a 2-2 tie on hits for the game. DJ LeMahieu  (1-for-3) and Mike Tauchman (1-for-3) had the only knocks, and the New York offense couldn’t get much going overall. Starting pitcher Masahiro Tanaka went 5.0 innings with one hit and five strikeouts.

Over on the Rays’ side, they were pretty opportunistic on Friday. Tampa Bay was able to take down the Yankees with a great defensive performance in game one. Blake Snell went 3.0 innings with two walks and five strikeouts.

Pick: I’m going to stick with the Yankees. Most of the confidence here comes from Cole being in the starting role for New York. He’s won each of his three starts and has a pretty jaw-dropping streak going. Since last May 22 (with Houston), Cole is 19-0 with a 1.86 ERA in 25 regular season starts. That’s the sixth-longest unbeaten streak in MLB history, and if Cole can keep it going and set the table here, the Yankees will be in a great spot to get a win.