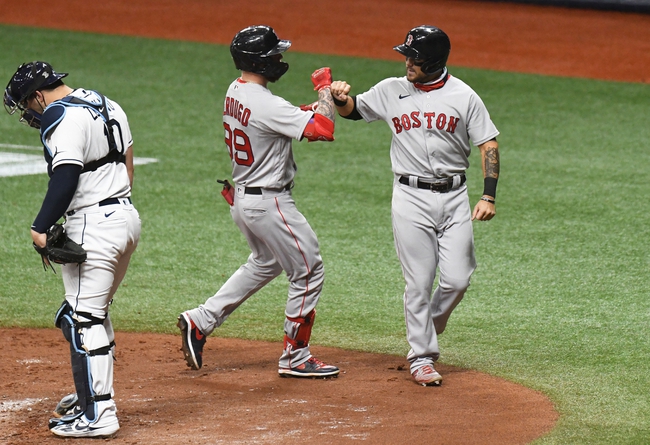 The Rays just finished up against the Yankees this weekend. Tampa won the first game Friday 1-0, then took one game of the Saturday doubleheader. In the Sunday finale, the Rays stormed back from a 3-0 deficit to eke out a 4-3 victory. As for the Red Sox, they played the Blue Jays this weekend, splitting the first two games. In the Sunday finale, Boston managed to win the series with a 5-3 victory. Check back all season long for free MLB picks and MLB predictions at Sports Chat Place.

The Rays were down 3-0 heading into the bottom of the seventh inning on Sunday, but powered out three runs to eventually take a walk-off 4-3 win and a 3-1 series edge over the Yankees in the weekend series. Mike Brousseau would finish with a two-run homer among his two hits, and starter Charlie Morton lasted 2.0 innings with three hits and one earned before exiting with an injury.

Over on the Red Sox’ side, they were able to carry a 3-3 tie into the bottom of the ninth inning on Sunday, when one swing of the bat won the game. Mitch Moreland launched a game-winning two-run homer there, part of two homers on the day. Starter Nathan Eovaldi went 6.0 innings for the Sox with six hits, three earned and 10 strikeouts.

For the Monday matchup, the Red Sox will send out RHP Ryan Brasier. It’ll be his first career start after 109 career appearances in the Major League. Over five games so far, Brasier is 0-0 with a 9.00 ERA and four strikeouts in 4.0 innings of work.

Pick: I’m leaning toward sticking with the Rays. Tampa Bay had a really nice performance against the Yankees this weekend, and their bullpen was constantly flummoxing a string New York lineup. Boston has a few offensive bright spots, but nothing that will stoke fear into the Rays pitching staff. If Yarbrough can bag a quality start there should be ample opportunity for the Tampa Bay offense to plate a few runs. 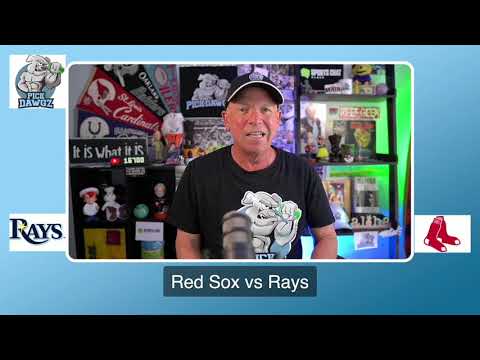