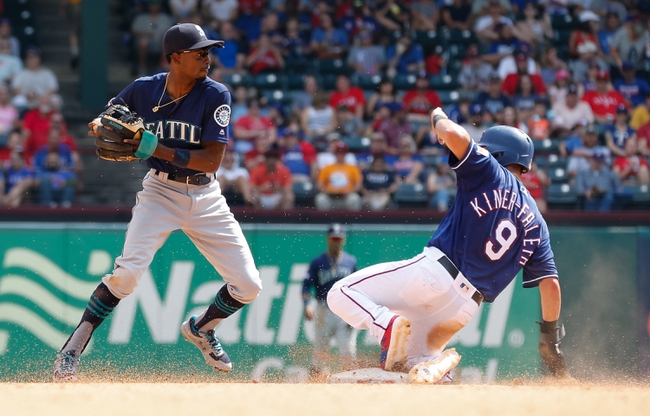 TV: FSSW, RSNW Stream the MLB Game of the Day all season on ESPN+. Sign up now!

The Seattle Mariners and the Texas Rangers meet in an AL West division matchup from Globe Life Field on Monday night.

The Seattle Mariners will look to build off of their 5-3 win over Colorado last time out. Dylan Moore had a home run and two RBIs while Tim Lopes, Dee Gordon and Evan White each had an RBI as well to finish off Seattle’s scoring as a team in the win. J.P. Crawford, Kyle Lewis and Joe Hudson each had base hits as well to cap off Seattle’s offense as a team in the victory. Justus Sheffield got the win after tossing six shutout innings, allowing just four hits while striking out seven. Taylor Williams closed out the 9th for his 3rd save of the season. Justin Dunn will start here and is 0-1 with a 6.43 ERA and 6 strikeouts this season. This will be Dunn’s first career start against Texas.

The Texas Rangers will want to build off of their series win against the Angels, taking Sunday’s finale by a final score of 7-3. Shin-Soo Choo led the Rangers with two RBIs, while Isiah Kiner-Falefa, Rougned Odor and Elvis Andrus each had an RBI with Andrus going 2 for 4 with a double while Kiner-Falefa added a two-bagger as well in the win. Nick Solak went 2 for 4 with a pair of doubles while Todd Frazier, Rob Refsnyder and Jeff Mathis all contributed base hits as well in the victory for Texas. Lance Lynn got the win after giving up two runs on four hits while striking out six over five innings of work to improve to 2-0 on the year. Kyle Gibson will start this one and is 0-1 with a 2.45 ERA and 13 strikeouts this season. In his career, Gibson is 4-3 with a 3.64 ERA and 36 strikeouts against Seattle.

Gibson’s been unlucky to not have picked up a win this season as he’s pitched well, but he’s been given just five runs of support in two starts. On the other hand, Justin Dunn’s been hampered by first inning home runs in his two starts, but after that he tends to settle down and be very effective which is what the Mariners need from one of their top prospects. Instead of trying to pick a side, I’m going to side with the under here. If Dunn can get through unscathed for the most part, I think he can be really effective against a Texas team that is still hit and miss offensively, and Gibson’s been effective as well so far this year. I could see a 5-3 game here or something like that, so give me the under in this spot. 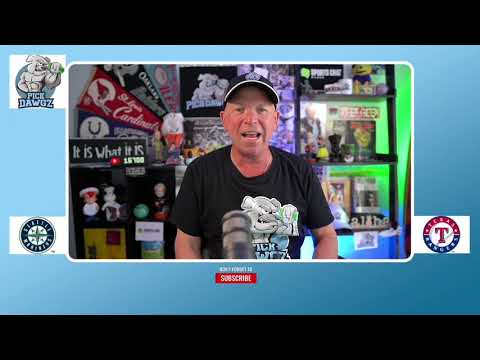