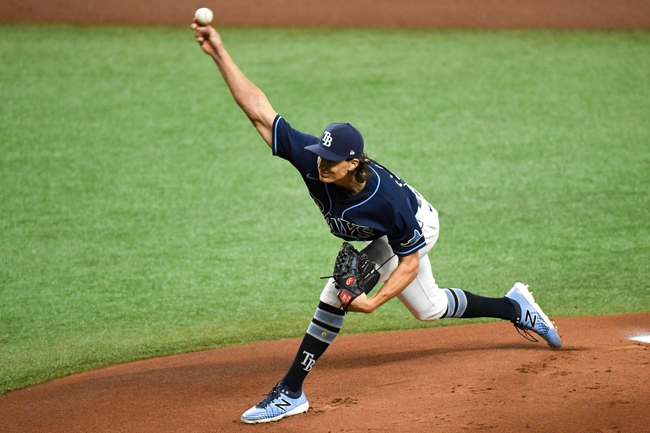 Parlays aren’t a good thing to count on to build your bankroll, but throwing a few dollars here and there can be a lot of fun. There is also a chance for big paydays if you can hit on the right MLB parlays. Let’s take a look at two parlays that make a whole lot of sense for Thursday.

We love our underdogs, and we will throw a couple in a parlay for a nice chance at a big payday.

The Washington Nationals and New York Mets face off on Thursday and in this game the value lies with the Nationals. On the mound for the Nationals will be Austin Voth who has a 1-0 record and an ERA of 1.80. For the Mets it will be David Peterson who has been strong this year, but there is no reason that he should be favored in this game. Back the Nationals to get the job done in this game.

The San Diego Padres finally look to be a good team and they have a lot of value on Thursday to get the job done. On the mound for the Padres is Chris Paddack who has been strong this season sitting with a 2-1 record and an ERA of 3.18. On the mound for the Dodgers is Julio Urias who has been strong this season, but his biggest issue has been inconsistency and there is really no reason to trust that the falloff isn’t happening. In this game the Padres will get to Urias, Paddack is going to have a good start and the Padres will win.

The Tampa Bay Rays and Boston Red Sox should both run up the score in this game because of the pitching matchup on the mound. On the mound for the Rays will be Tyler Glasnow who has had some really big issues this season sitting with a 5.56 ERA. On the mound for the Red Sox will be Kyle Hart who will be making his first MLB start. And with the Rays scoring nine runs on Wednesday, there should be plenty of scoring in this game.

Jake Arrieta was lights out in his last start going six innings, striking out six, and not allowing any runs to score. Arrieta should be able to lock down in this game, and that will lead to the Phillies have no issue winning this game on the run line.