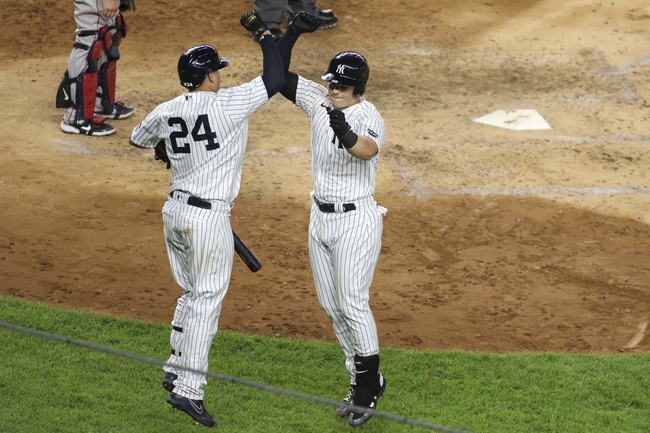 Boston is coming out of a series against the Rays. The Red Sox lost the first three games of that set 8-7, 8-2 and 9-5. In the Thursday finale, **** As for the Yankees, they played a pair versus the Braves this week. New York won both of those, 9-6 on Tuesday and 6-3 on Wednesday. Check back all season long for free MLB picks and MLB predictions at Sports Chat Place.

Boston had a 3-2 lead heading into the third inning on Thursday, but they were bombarded by the Rays with 14 runs over the next three frames. Four Boston players were able to record multiple hits there, while Kevin Plawecki went 2-for-5 with three RBI. (Plawecki even got to pitch.) Starter Kyle Hart gave up much of the damage on seven runs (five earned), three walks and two homers in 2.0 innings.

On Friday, the Red Sox will send 27-year-old Colten Brewer to the mound for the start. Brewer has appeared in six games so far this season, and this will be his first career start—and a bullpen game for Boston. In 2020, Brewer is 0-0 with a 3.60 ERA and 10 Ks in 10.0 innings of work.

Pick: Sticking Yankees here. Cole was dealing in his last start, collecting double-digit strikeouts in 4.2 innings in a no-decision versus the Rays. He didn’t get the win, but remains unbeaten across 26 consecutive starts. (That’s the fifth-longest in MLB history.) A quality outing from Cole and a nice bullpen performance from New York would greatly stifle Boston’s chances in this one. Still, with that really thick line, you wouldn't be crazy to take Boston on a value pick; the payoff on a surprise win would be nice.