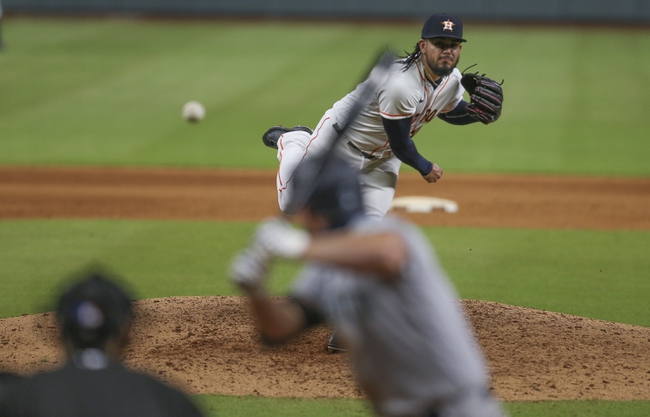 TV: ATTSN, ROOT Stream the MLB Game of the Day all season on ESPN+. Sign up now!

The Seattle Mariners and the Houston Astros meet Saturday in MLB action from Minute Maid Park.

This will be game two of a three-game weekend set between these teams. In the opener on Friday, Houston slammed nine runs into the bottom of the first inning and cruised the rest of the way to an 11-1 victory. Check back all season long for free MLB picks and MLB predictions at Sports Chat Place.

Seattle was only out-hit 9-6 on Friday, but the run barrage by the Astros in the first inning did them in. Tim Lopes was the only Mariners player with more than one hit, going 2-for-3 with a walk and a strikeout. Starter Nestor Cortes had a very forgettable outing with 0.1 innings, five hits, eight runs (seven earned), two walks, one strikeout and two homers allowed.

For the Saturday game, the Mariners will send out Nick Margevicius in the starting role. Through four games (one start) without a decision so far this year, Margevicius has a 3.24 ERA and eight strikeouts in 8.1 innings. On his MLB career, Margevicius is 2-6 with a 6.34 ERA and 50 Ks in 65.1 innings of work.

Over on the Astros’ side, Framber Valdez got his first win of the year Friday with 6.0 innings, four hits, three walks, five Ks and one earned run. The major offensive damage from Houston came on a three-run homer from Yordan Alvarez in the first inning. Josh Reddick had a nice line with three hits, a run and an RBI as well.

For the Saturday starting pitcher, Houston will roll with Cristian Javier. In his four games (three starts) this season, Javier is 1-1 with a 4.02 ERA and 16 strikeouts in 15.2 innings. He’s coming off a rough start against the A’s his last time out with five runs allowed in three innings.

Meanwhile, the Astros are 40-14 in their last 54 Saturday games and 60-23 in their last 83 versus the American League West. Houston is 0-5 in their last five during game two of a series and the over is 7-0 in their last seven games versus a left-handed starter.

Pick: I’m leaning Astros, but this one’s a bit sketchy. Javier was shaky in his last game, but does have nice strikeout potential to get himself out of jams. Having a nice Houston offense behind him doesn’t hurt, either. I like Margevicius to post a solid game here as well, but I don’t think the Mariners will leave him in beyond 70 pitches or so unless he’s cruising. There are a lot of variables in this game so I think I’m going to stay away.