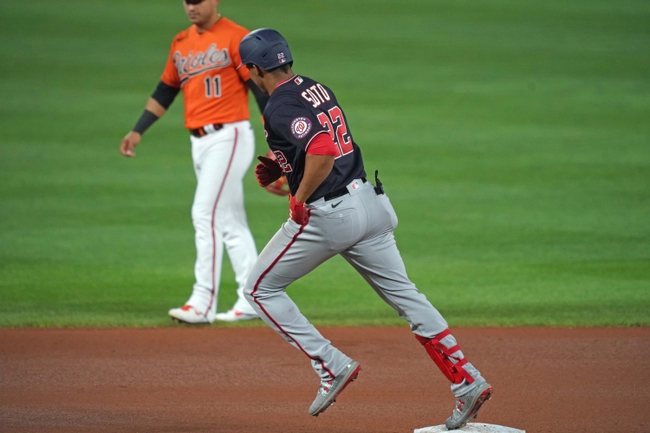 The Washington Nationals and the Baltimore Orioles meet Sunday in MLB action from Oriole Park.

This will be the third and final matchup of the weekend series between these teams. The Nationals took a big 15-3 victory in the Friday opener. In the Saturday game, Baltimore was able to even it up with a solid 7-3 win. Check back all season long for free MLB picks and MLB predictions at Sports Chat Place.

The Nationals were down 4-0 after two innings in the Saturday loss, and were never able to make up the deficit. Trea Turner did manage three hits with a solo homer to lead the offense, and Juan Soto logged a two-run blast himself, his sixth of the season. Starter Patrick Corbin took the loss with 5.0 innings, eight hits and five earned runs with only two strikeouts.

Over on the Orioles’ side, Asher Wojciechowski managed his first victory of the year on Saturday, going 5.0 innings with five hits, three earned, two homers allowed and two strikeouts.  Jose Iglesias had a nice evening offensively with a double, three hits, a run and an RBI.
For the Sunday starting role, the Orioles will send out left-hander John Means. Over two starts this season, Means has an 0-1 record with a 7.71 ERA and six strikeouts in 7.0 innings. On his Major League career, Means carries a 12-12 record with a 3.97 ERA and 131 Ks in 165.1 innings of work overall.

Pick: I’m sticking with the Nationals here. Though I do think Means will come back and pitch well here, with Scherzer on the other side it will be a tough proposition for the Orioles offense to get much going in the early innings. Scherzer is 2-0 with 50 strikeouts and a 1.53 ERA versus the Orioles since 2016, and posted seven strikeouts in six innings versus the Mets in his last outing on Tuesday. I like Scherzer to ultimately out-duel Means here and help Washington get the win. 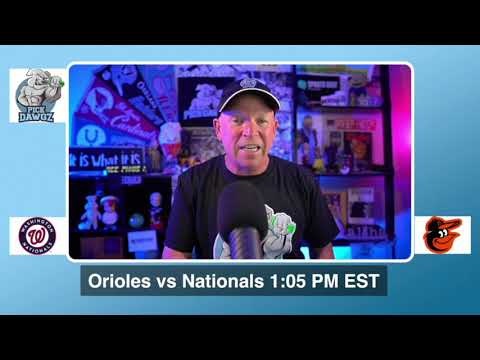