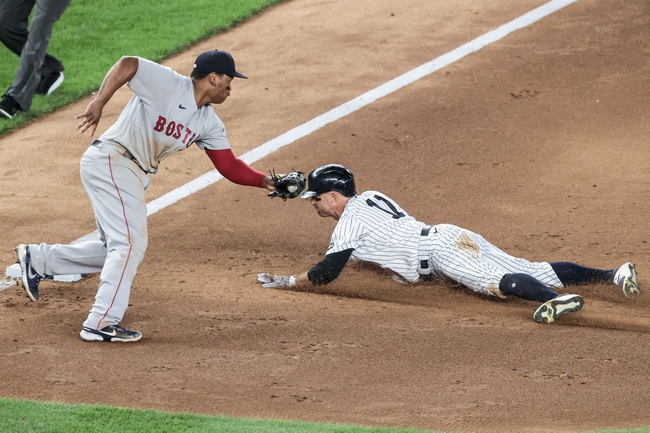 This will be the third installment of a four-game weekend set between these American League East rivals. In the series opener on Friday, the Yankees took a commanding 10-3 win. In the Saturday game two, Boston was up early but coughed up a ton of runs in the later innings as New York took a strong 11-5 win. Check back all season long for free MLB picks and MLB predictions at Sports Chat Place.

The Red Sox were ahead 3-2 going into the fourth inning on Saturday, but gave up nine runs the rest of the way despite matching New York’s hit output 11-11. Xander Bogaerts and Alex Verdugo combined for two homers and three hits there, and starting pitcher Nathan Eovaldi posted 5.1 innings with eight earned on nine hits.

For the Sunday starting pitcher role, Boston will go with right-hander Chris Mazza on recall. Mazza only has one game to his credit this year, going 2.2 innings with a clean ERA and three strikeouts. In limited career MLB action, Mazza is 1-1 with a 4.74 ERA and 14 strikeouts in 19.0 innings over 10 games.
Over on the Yankees’ side, they got a pretty decent start out of James Paxton on Saturday. He went 5.0 innings with six hits and three earned, while the bullpen carried the team the rest of the way. Gio Urshela, GAry Sanchez and Clint Frazier each had home runs in the win.

Pick: Boston makes sense to me here. If there’s a most-sensible time to pick the Red Sox in this series, it’s this game. Considering Happ’s struggles so far this season, Boston should get some early opportunities. Happ has coughed up eight runs in seven innings versus the Orioles and the Phillies, and walked six batters in his last game. If he can’t get things cleaned up early in the Sunday game, it could spell big trouble for New York on the scoreboard. I still think it’s more likely that the Yankees win here, but given the line I like the potential Boston payout on a value play. 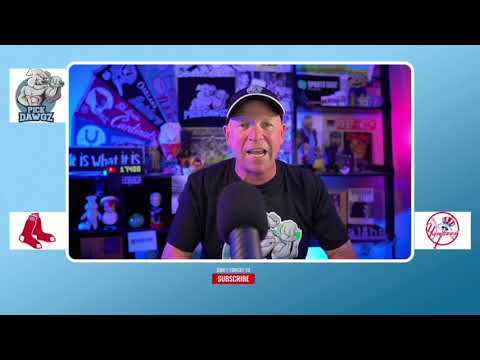