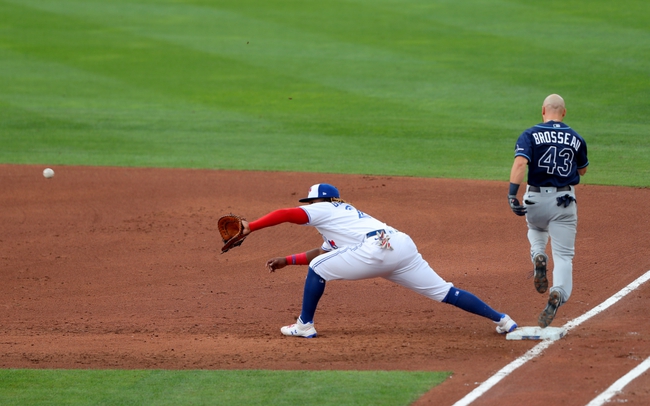 TV: SNET, FS SUN Stream the MLB Game of the Day all season on ESPN+. Sign up now!

The Tampa Bay Rays and the Toronto Blue Jays meet in an AL East division matchup from Sahlen Field on Sunday.

The Tampa Bay Rays will hope to finish the job here, but there’s still work to be done after Saturday’s game was suspended in the 4th inning with Tampa Bay up 1-0 due to rain. Austin Meadows solo home run was the difference at the time while Manuel Margot had gone 2 for 2 at the dish and Michael Brosseau, Tandy Diaz and Brandon Lowe all chipped in base this before the game paused in the 4th. Ryan Yarbrough had thrown three scoreless innings, allowing just four hits while striking out a pair. Yonny Chirinos is expected to start this game and is 0-0 with a 1.04 ERA and 7 strikeouts this season. In his career, Chirinos is 2-0 with a 6.31 ERA and 26 strikeouts against Toronto.

The Toronto Blue Jays will hope to finish the series strong after Saturday’s game was suspended. Cavan Biggio, Bo Bichette, Teoscar Hernandez and Bradnon Drury each had a base knock as none of Toronto’s four hits went for extra bases in the game when the game was forced to halt due to weather. Chase Anderson allowed one run on five hits while striking out three over three innings of work. Matt Shoemaker is expected to start here and is 0-1 with a 4.86 ERA and 12 strikeouts this season. In his career, Shoemaker is 4-0 with a 1.82 ERA and 22 strikeouts against Tampa Bay.

The Rays have been one of the better teams in the AL East in recent years and could be in line for another win depending on how the suspended game finishes before this one on Sunday. With that said, as good as Chirinos has been, he seems to always struggle against Toronto. Shoemaker hasn’t been great so far this year, as you’re down -$300 if you bet on Toronto in all of Shoemaker’s games, but he’s had success against the Rays in his career, so I’ll take a shot with Toronto and the plus money here. 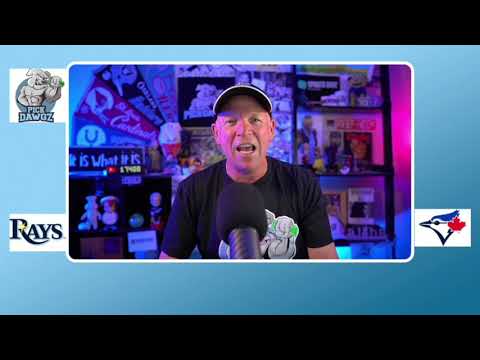