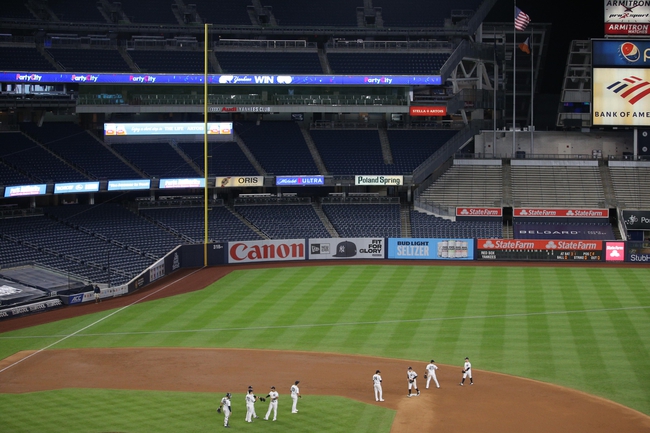 TV: MLBN, YES, NESN Stream the MLB Game of the Day all season on ESPN+. Sign up now!

The Boston Red Sox and the New York Yankees meet in an AL Easy division matchup from Yankee Stadium on Monday.

The Boston Red Sox will try to rebound from a 4-2 loss to the Bronz Bombers on Sunday night. Kevin Pillar had a solo home run while Christian Vazquez and Alex Verdugo each had a double with Verdugo going 2 for 4 at the dish in the loss. J.D. Martinez added a base hit as well to cap off Boston’s offense as the Red Sox had just five hits as a team in the losing effort. Chris Mazza took the loss, falling to 0-1 after allowing four runs on eight hits while striking out four over three innings of work. Martin Perez will start here and is 2-2 with a 3.38 ERA and 16 strikeouts this season. In his career, Perez is 2-2 with a 9.97 ERA and 14 strikeouts against the Yankees.

The New York Yankees will try to build off of Sunday’s win and complete the sweep of the BoSox. Mike Ford led the Yanks with a two-run home run while going 2 for 4 with three RBIs while Aaron Hicks added a double and an RBI to round out the scoring for the Yankees in victory. Mike Tauchman and Gleyber Torres each had two hits while Gio Urshela, Gary Sanchez and Clint Frazier all had base knocks as well in the victory for the Yanks. J.A. Happ got the win to improve to 1-1 after allowing one run on three hits while striking out three over 5.2 innings of work. Zach Britton closed out the 9th for his 8th save of the season. Jordan Montgomery will start for New York on the mound and is 2-1 with a 5.17 ERA and 10 strikeouts this season. In his career, Montgomery is 1-0 with a 3.60 ERA and 14 strikeouts against Boston.

Perez has struggled against New York in his career, giving up at least five runs in four of his five career starts. On the other hand Montgomery’s pitched well for the most part, but still has an ERA over five so the Red Sox can scrape across some runs as well. I think we see a few more runs here than what we saw Sunday night, so give me the over as my free pick for this game but my stronger play is on the side and I have that available as a premium pick that you can find here. 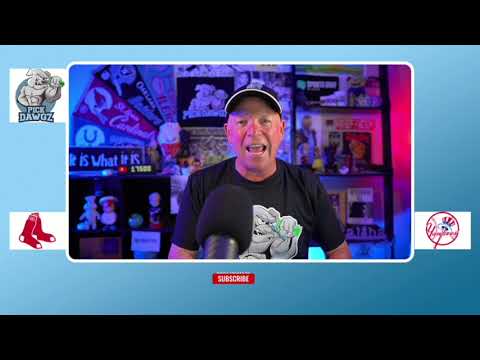