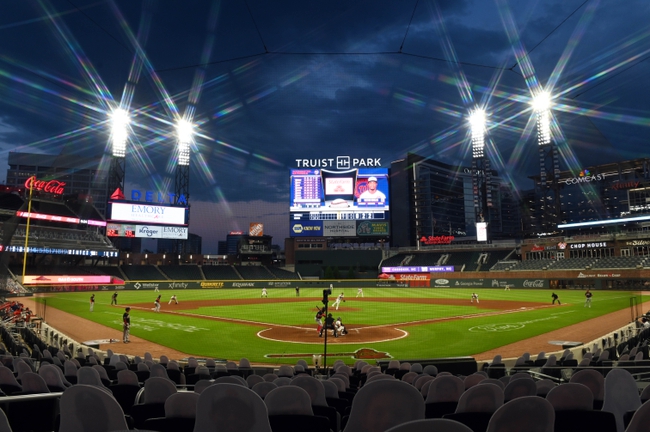 TV: ESPN, FSSO, MASN Stream the MLB Game of the Day all season on ESPN+. Sign up now!

The Washington Nationals and the Atlanta Braves meet in an NL East division matchup from Truist Park on Wednesday night.

The Washington Nationals will look to build off of an 8-5 win over Atlanta from Tuesday’s matchup. Eric Thames led the way by going 2 for 5 with three RBIs while Yan Gomes, Asdrubal Cabrera, Juan Soto, Adam Eaton and Trea Turner all had two hits and an RBI with Turner adding a triple while Eaton and Soto both had a double. Luis Garcia went 3 for 4 at the dish while Victor Robles had a double and Kurt Suzuki added a base hit as well to round out the offense for the Nationals in the victory. Austin Voth allowed five runs on nine hits while striking out three over four innings, not factoring in the decision. Wander Suero got the win to improve to 1-0 while Daniel Hudson closed things out for his 5th save. Erick Fedde will start here and is 1-1 with a 2.55 ERA and 5 strikeouts this season. This will be Fedde’s second career start against Atlanta.

The Atlanta Braves will try to rebound from Tuesday’s loss to the Nats. Austin Riley and Freddie Freeman each had two RBIs with Freeman belting a two-run home run. Travis d’Arnaud added a double and an RBI to finish off Atlanta’s scoring as a team in the win while Adam Duvall and Dansby Swanson each had two hits with Swanson adding a double while Johan Camargo added a two-bagger as well in defeat. Ender Inciarte went 3 for 3 at the dish and Marcell Ozuna added a pair of base hits as well to cap off Atlanta’s offense as a team in the losing effort. Josh Tomlin allowed two runs on six hits over four innings of work in the start, not factoring in the decision while Tyler Matzek took the loss, falling to 2-2 on the year. Kyle Wright will start here and is 0-3 with a 7.20 ERA and 12 strikeouts this season. This will be Wright’s second career start against Washington.

Yeesh this is a stinker of a pitching matchup, as Fedde was torched by Atlanta last year and Wright’s gone 0-6 in his career up to this point. I’ll lean towards Washington as they picked up the win yesterday and at least we’ve seen Fedde perform fairly well this season, but it’s a lean. My stronger play is on the total and I have that available as a premium play that you can find here. 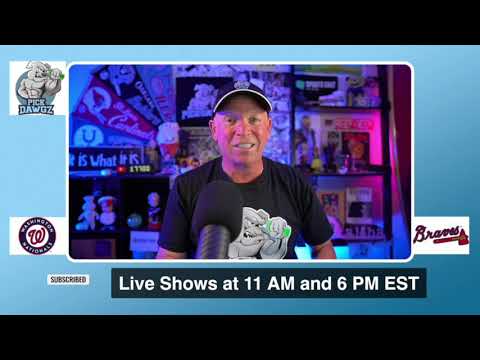