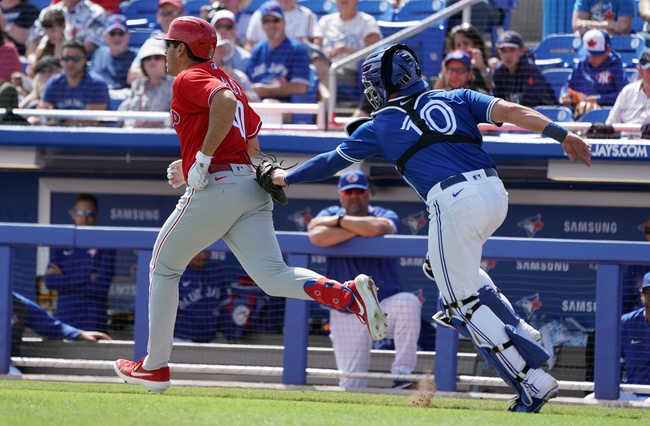 TV: NSPA, SN-1 Stream the MLB Game of the Day all season on ESPN+. Sign up now!

The Philadelphia Phillies and the Toronto Blue Jays meet Thursday in MLB action from Sahlen Field.

This will be game one of a Thursday doubleheader between these teams. Philadelphia is coming off a pair of games versus the Red Sox this week. The Phillies won 13-6 on Tuesday, then in the Wednesday game Philadelphia fell 6-3. As for the Blue Jays, they just played the Orioles, winning Monday 7-2 and Tuesday 8-7. In the Wednesday game, Toronto pulled off the sweep with a 5-2 victory. Check back all season long for free MLB picks and MLB predictions at Sports Chat Place.

Philadelphia couldn’t find any offense in the loss to the Red Sox on Wednesday, and only notched three hits for the game. Andrew McCutchen was the only Phillies player with an extra-base hit, posting a double with a run. Starting pitcher Jake Arrieta took the loss on 4.1 innings, four earned, five hits and three strikeouts.

For the Thursday starting pitcher role, Philadelphia is going with Spencer Howard. Across two games in his inaugural MLB season, the 24-year-old Howard is 0-1 with a 7.88 ERA, a 2.13 WHIP and six strikeouts over 8.0 total innings of work.
Over on the Blue Jays’ side, Wednesday starting pitcher Tanner Roark got the team off to a nice start despite allowing nine hits, and would log the win on 5.0 innings and one earned. Four different Toronto players had multiple hits in that one, and Randall Grichuck came up with two homers and three RBI.

In Thursday’s starting pitcher job, Toronto will turn to Chase Anderson. Over his two starts and no decisions this year so far, Anderson has a 3.00 ERA with four strikeouts in 6.0 innings of work. Across his MLB career, Anderson is 53-40 with a 3.93 ERA and 725 Ks in 863.0 frames total.

Pick: I’m sticking with the Blue Jays here. This will be a key start for Howard, however. His first two starts in the MLB haven’t been all that great, and he had a blister issue on his middle pitching finger during his last start. Still, the Phillies have high expectations for Howard and he should improve here. If Anderson can chew up a decent number of innings for Toronto here, they’ll be in good shape to bang out a win in this one I think. 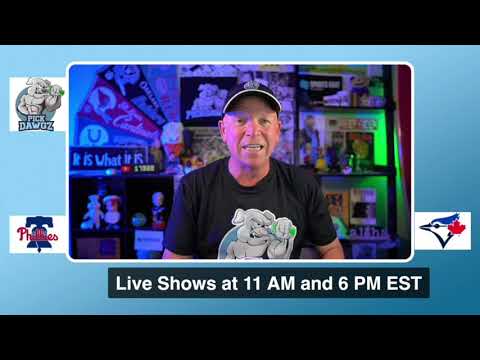