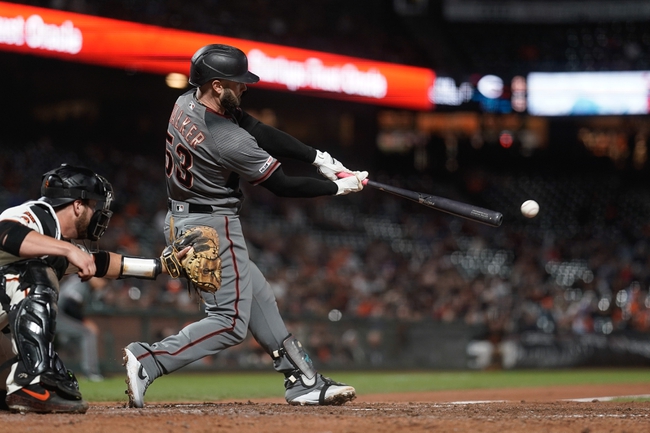 TV: FS1, NBCSBA, FSAZ Stream the MLB Game of the Day all season on ESPN+. Sign up now!

The Arizona Diamondbacks and the San Francisco Giants meet in an NL West division matchup in MLB action from Oracle Park on Friday.

The Arizona Diamondbacks will look to bounce back after a 5-1 loss to the Oakland A’s on Thursday. Eduardo Escobar’s solo home run in the 5th was the lone RBI the D-Backs would score in the loss while Ketel Marte went 2 for 4 with a double. Tim Locastro and David Peralta each had a base hit to finish off Arizona’s offense as a team in the losing effort. Alex Young took the loss, falling to 1-1 on the year after allowing three runs on four hits while striking out four over four innings of work. Robbie Ray will start here and is 1-2 with an 8.59 ERA and 27 strikeouts this season. In his career, Ray is 5-2 with a 3.33 ERA and 36 strikeouts against San Francisco.

The San Francisco Giants will look to build off of a 10-5 win over the Angels on Thursday night. Wilmer Flores led the way by going 3 for 4 with a home run and four RBIs while Alex Dickerson and Mike Yastrzemski each had a pair of RBIs with Yastrzemski adding a double. Brandon Crawford went 2 for 3 with a solo home run and Evan Longoria added an RBI as well to round out the scoring for San Francisco in the victory. Austin Slater went 2 for 5 with a double and Joey Bart had a double as well while Mauricio Dubon and Brandon Belt each had a base knock as well to cap off San Francisco’s offense in the winning effort. Kevin Gausman got the win, improving to 1-1 on the year after giving up four runs on nine hits while striking out eight over 5.1 innings of work. Logan Webb will start here and is 1-2 with a 3.54 ERA and 18 strikeouts this season. This will be Webb’s second career start against Arizona.

Both of these teams have been in an offensive grove lately, with Arizona cooling off against Oakland in the last couple of games but it’s still there when called upon. San Francisco can’t play the Angels every game, but the bats woke up in a big way and I expect it to carry over here as well. Give me the over as my free play for this game but my stronger pick is on the side and I have that available as a premium pick that you can find here. 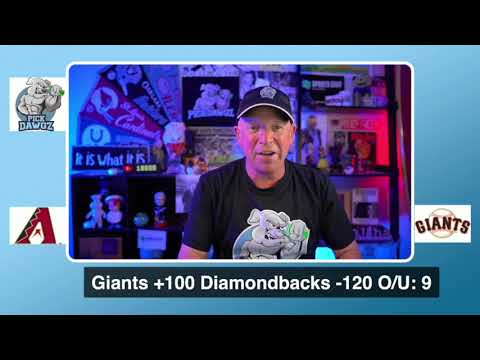