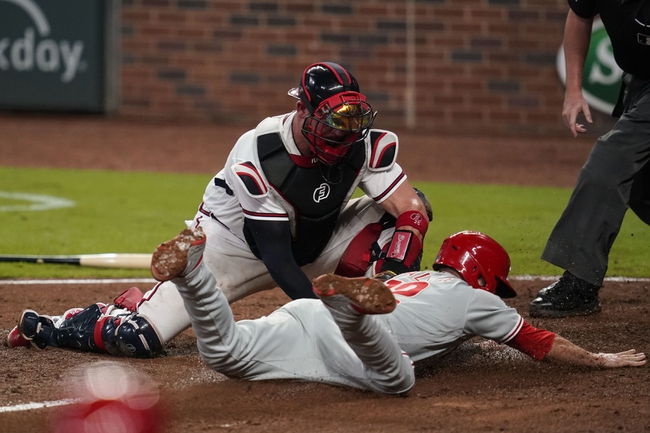 The Philadelphia Phillies need a win to snap a five-game losing streak. The Phillies have scored 15 runs in their last three games and four or more runs in 10 of their last 13 games. The Phillies have split their last eight games when scoring four or more runs. Bryce Harper leads the Phillies with 24 hits and 19 RBI while J.T. Realmuto and Didi Gregorius have combined for 47 hits and 37 RBI. Zach Eflin gets the ball, and he is 0-1 with a 5.14 ERA and 23 strikeouts this season. Eflin is 3-3 with a 3.66 ERA and 25 strikeouts in his career against the Braves.

The Atlanta Braves look to stay hot after winning five of their last six games. The Braves have scored 22 runs in their last three games and four or more runs in five straight games. The Braves have won six of their last nine games when scoring four or more runs. Dansby Swanson leads the Braves with 33 hits and 16 RBI while Freddie Freeman and Marcell Ozuna have combined for 54 hits and 32 RBI. Josh Tomlin gets the ball, and he is 1-0 with a 2.35 ERA and 18 strikeouts this season. Tomlin is 0-0 with a 4.00 ERA and eight strikeouts in his career against the Phillies.

Zach Eflin has allowed eight earned runs and 16 hits through 14 innings this season, while Josh Tomlin has allowed four runs and 10 hits in his last 12 innings. Not much of an edge on the mound in this contest, but it's the Braves that's playing the better baseball this week and seems to have found their spark offensively. The Philadelphia Phillies are a mess right now and have one of the worst pitching staffs in the league, as they're 28th in team ERA and 29th in team WHIP. Give me the Braves and the cheap price.