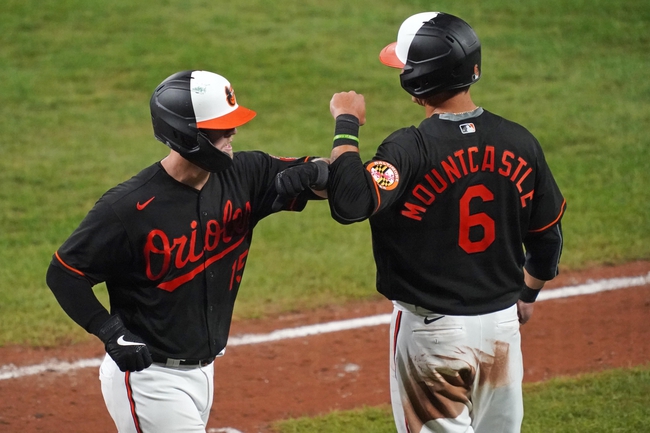 The Boston Red Sox and the Baltimore Orioles meet Sunday in MLB action from Oriole Park.

This will be the final installment of a four-game weekend series between these American League East teams. The Red Sox took wins in the first pair, 7-1 on Thursday and 8-5 on Friday. In the Saturday game, we had a 10-inning battle as Baltimore pulled off a dramatic walk-off win 5-4. Check back all season long for free MLB picks and MLB predictions at Sports Chat Place.

The Red Sox had a 3-1 lead going into the bottom of the eighth on Saturday, but coughed up four runs over the next three frames. The good news here is that starter Martin Perez lasted 7.0 innings with five hits, one earned (on a solo homer), one walk and six strikeouts.

Over on the Orioles’ side, starter Alex Cobb kept things manageable on Saturday, going 5.0 innings with six hits and two earned. The Orioles offense was opportunistic in that one, racking up 10 hits but striking out nine times and leaving 12 men on base. Pat Valaika, Pedro Severino and Renato Nunez each had two hits.
For the Sunday start, the Orioles are going with Wade LeBlanc. In five starts this season, LeBlanc is 1-0 with a 7.89 ERA and 13 strikeouts in 21.2 innings. LeBlanc is 46-47 on his MLB career, holding a 4.54 ERA and 642 Ks in 881.2 frames total.

Pick: Going Red Sox. Godley still doesn’t have a decision yet, but he looked good in his last start with one run in four innings versus the Phillies. Godley hasn’t given up a run in 4.2 innings over his career when he’s faced the Orioles. As for LeBlanc, he hasn’t quite found it yet, and hasn’t gone more than four innings in any of his last three starts. I expect LeBlanc to continue to improve, but this one lines up more in Boston’s favor.