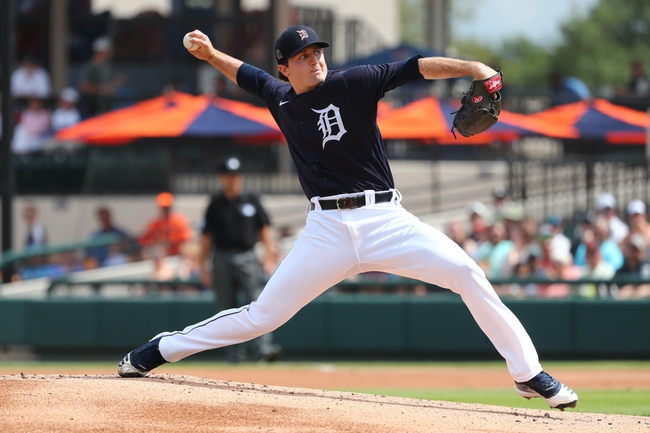 TV: FS1, FSD, MARQ Stream the MLB Game of the Day all season on ESPN+. Sign up now!

The Chicago Cubs and the Detroit Tigers meet in MLB action from Comerica Park on Monday night.

The Chicago Cubs will try to build off of a 2-1 win over the rival White Sox in Sunday’s series finale. Kyle Schwarber went 2 for 4 with a double and the two-run home run that made up all of the Cubs’ scoring as a team in the winning effort. Javier Baez added a double while Anthony Rizzo and Jason Kipnis each chipped in a base hit to cap off Chicago’s offense as the Cubs had just five hits as a team in the winning effort. Yu Darvish got the win to improve to 5-1 on the year after allowing one run on six hits while striking out ten over seven innings of work. Jeremy Jeffress closed things out for his 3rd save of the season. Alec Mills will start this one and is 2-2 with a 4.76 ERA and 16 strikeouts this season. This will be Mills’ first career start against the Tigers.

The Detroit Tigers will try to build off of a 7-4 win over Cleveland in their last matchup. Jorge Bonifacio had a home run and two RBIs while Miguel Cabrera had two RBIs as well. Grayson Greiner, Niko Goodrum and Willi Castro each had an RBI to round out the scoring for Detroit in the win, with Griner and Goodrum owning a solo home run while Goodrum had a solo homer and a double. Isaac Paredes went 3 for 4 with a double and Victor Reyes and JaCoby Jones had a double each as well. Jeimer Candelario added a base knock to cap off the offense for the Tigers. Daniel Norris got the win to improve to 2-1 after 3.2 scoreless innings of relief. Jose Cisnero closed out the game to pick up his 1st save of the season. Casey Mize will start this one and is 0-0 with a 6.23 ERA and 7 strikeouts this season. This will be Mize’s first career start against the Cubs.

I get that the Tigers have been awful lately, losing 10 of their last 12 games, but this line is telling me that someone knows something. I mean we know the Cubs are the far better team and are 7-2 on the road on the year, but Alec Mills has allowed ten runs across his last two starts spanning 9.2 innings of work. Casey Mize had a tough first outing, but I think the nerves will be out of his system and he will get to flash his stuff that’s made him such a highly regarded prospect in the Tigers’ system. Give me the Tigers and the plus money here. 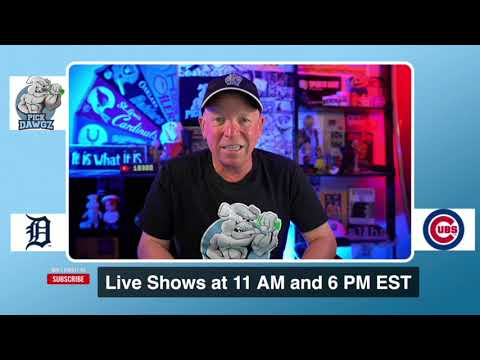