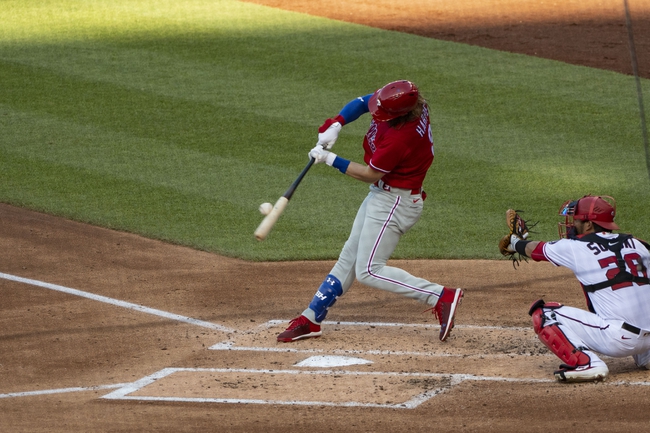 TV: MASN, NBCSP Stream the MLB Game of the Day all season on ESPN+. Sign up now!

The Philadelphia Phillies and the Washington Nationals meet in an NL East division matchup from Nationals Park on Tuesday.

The Philadelphia Phillies come into this one looking to build off of a 5-4 win over the Atlanta Braves in their last matchup. Rhys Hoskins had a two-run home run while Alec Bohm went 3 for 3 with a solo home run and Didi Gregorius added a solo homer of his own as well in the victory. Andrew McCutchen went 2 for 5 with an RBI to finish off the scoring for the Phils in the winning effort. J.T. Realmuto and Andrew Knapp each had a base hit as well to cap off Philadelphia’s offense as a team in the win. Zach Eflin gave up three runs on six hits while striking out six over 5.1 innings of work, improving to 1-1 with the win while Brandon Workman closed out the 9th for his first save. Jake Arrieta will start here and is 1-3 with a 4.95 ERA and 17 strikeouts this season. In his career, Arrieta is 1-3 with a 4.61 ERA and 74 strikeouts against Washington.

The Washington Nationals will look to rebound from an 11-8 loss to the Miami Marlins in Monday’s series finale. Adam Eaton led the way, going 2 for 5 with a three-run home run and four RBIs in total. Juan Soto went 4 for 5 with a pair of doubles and an RBI while Howie Kendrick, Luis Garcia and Victor Robles each had an RBI to finish off Washington’s scoring as a team in the loss. Trea Turner, Yan Gomes and Eric Thames all had doubles as well to cap off Washington’s offense as a team in defeat. Austin Voth took the loss, falling to 0-3 after allowing six runs on six hits while striking out three over 3.2 innings of work. Erick Fedde will start here and is 1-1 with a 2.55 ERA and 5 strikeouts this season. In his career, Fedde is 2-1 with a 4.22 ERA and 16 strikeouts against Philadelphia.

I’m not trying to back either of these two teams right now as the Phillies continue to be overhyped and the Nationals are playing like the team we saw early last season that looked miles out from the playoffs let alone winning a World Series. Instead, I’m going to side with the over Arrieta’s been shaky lately and he’s had issues with command as seen by his four walks in 4.1 innings last time out.  On the other hand, Fedde has a career ERA over four against Philadelphia and I just think this is one of those games where both sides get to at least 5 or 6 runs and we go well over the total here. 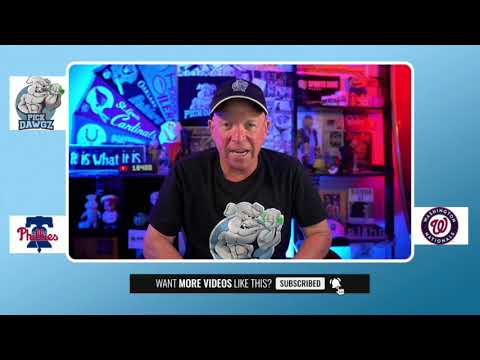