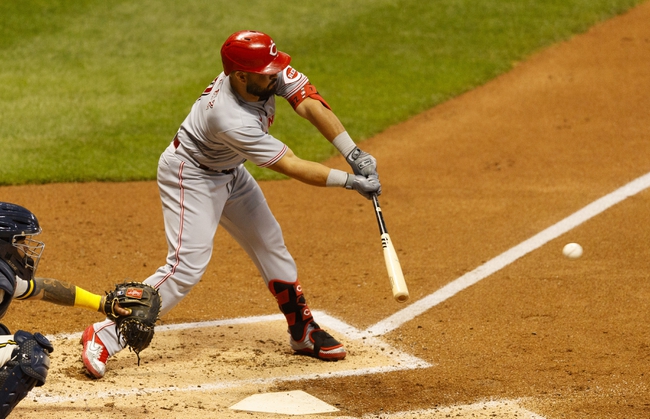 TV: FSWI, FSO Stream the MLB Game of the Day all season on ESPN+. Sign up now!

The Cincinnati Reds and the Milwaukee Brewers meet in an NL Central division matchup in MLB action from Miller Park on Wednesday night.

The Cincinnati Reds will try to rebound after a 3-2 loss to the Brew Crew in Tuesday night’s matchup. Mike Moustakas accounted for both Cincinnati RBIs as a team in the losing effort while Mark Payton added a double and Freddy Galvis and Eugenio Suarez each had a base knock as the Reds cranked out just four hits as a team in the losing effort. Luis Castillo took the loss, falling to 0-4 after allowing one run on five hits while striking out nine over six innings of work. Sonny Gray will start here and is 4-1 with a 2.21 ERA and 51 strikeouts this season. In his career, Gray is 2-2 with a 2.88 ERA and 54 strikeouts against Milwaukee.

The Milwaukee Brewers will try to build off of their solid win over the Reds on Tuesday. Ben Gamel had a double and an RBI and Orlando Arcia had an RBI as well while Avisail Garcia, Christian Yelich and Keston Hiura all chipped in base hits as the Brew Crew had just five hits as a team in the victory. Brandon Woodruff got the win to improve to 2-2 on the year after allowing two runs on four hits while striking out eight over six innings of work. Josh Hader closed out the 9th for his 7th save of the year. Adrian Houser will start here and is 1-2 with a 3.72 ERA and 21 strikeouts this season. In his career, Houser is 0-0 with a 4.50 ERA and 10 strikeouts against Cincinnati.

The Brewers have been the better team for the most part of the series and as much as I hate the he’s due for a solid start excuse, I think that Houser comes out and does put his best foot forward. On the other hand, Sonny Gray’s been pretty much lights out for the Reds and has been nothing short of dominant with a lot of poise for a pitcher his age. I think there’s a bit of a pitcher’s duel brewing here, so give me the under as my free play for this game but my stronger play is on the side and I have that available as a premium pick that you can find here. 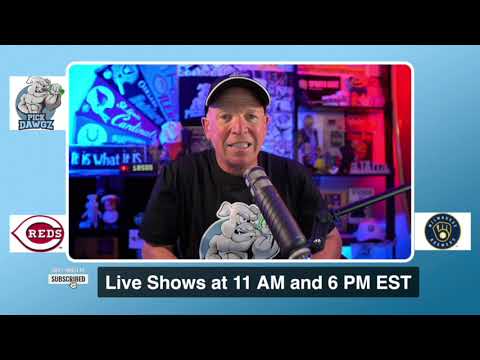