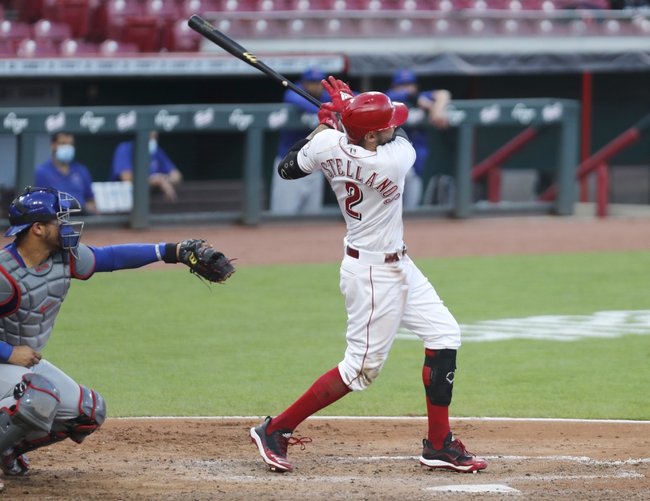 TV: FSO, MARQ Stream the MLB Game of the Day all season on ESPN+. Sign up now!

The Chicago Cubs and the Cincinnati Reds meet in an NL Central division matchup from Great American Ballpark on Friday.

The Chicago Cubs come into this one trying to bounce back from a 7-6 loss to the Detroit Tigers in their last matchup. Anthony Rizzo had two RBIs while Kyle Schwarber belted a solo home run and Albert Almora Jr. had a double and an RBI. Nico Hoerner went 3 for 3 with an RBI and Javier Baez added an RBI of his own to cap off the scoring for the Cubbies in the losing effort. Ian Happ went 3 for 4 at the plate while David Bote added a double of his own to finish off Chicago’s offense. Jon Lester allowed one run on eight hits while striking out five over five innings of work, not factoring in the decision. Ryan Tepera took the loss, falling to 0-1 on the year in relief. Kyle Hendricks is expected to start here and is 3-3 with a 3.55 ERA and 28 strikeouts this season. In his career, Hendricks is 6-4 with a 4.21 ERA and 94 strikeouts against Cincinnati.

The Cincinnati Reds will try to build steam after sweeping a double-header with the Milwaukee Brewers on Thursday, taking game one by a final of 6-1 and game two by a 6-0 count. Game one saw Jesse Winker belt a pair of home runs while going 3 for 3 with three RBIs while Nick Castellanos also went 3 for 3 with a home run and a double while posting two RBIs. Curt Casali added an RBI as well to finish off Cincinnati’s scoring as a team in the victory in game one while game two saw Eugenio Suarez have a two-run home run while Castellanos and Winker each had a double and an RBI. Kyle Farmer also had a two-bagger and an RBI while Tucker Barnhart had an RBI as well to finish off the offense in the win. Sonny Gray got the win in game one to improve to 5-1 after throwing five shutout innings while Lucas Sims picked up the win in relief in game two for Cincinnati. Tyler Mahle will start here and is 0-1 with a 4.41 ERA and 21 strikeouts this season. In his career, Mahle is 2-1 with a 3.74 ERA and 29 strikeouts against the Cubs.

This is a tricky game as the Cubs are the better team while Cincinnati’s done nothing but disappoint all year long. With that said, Hendricks has historically been a trainwreck when pitching on the road, and he also allowed six runs in a start against these same Reds earlier this year. On the other hand, all of these postponements haven’t really let Mahle get into much of a consistent pattern with his starts and I think that could leave the door open for some rust coming into this one. I’ll side with the over here as this pitching matchup inspires very little confidence. 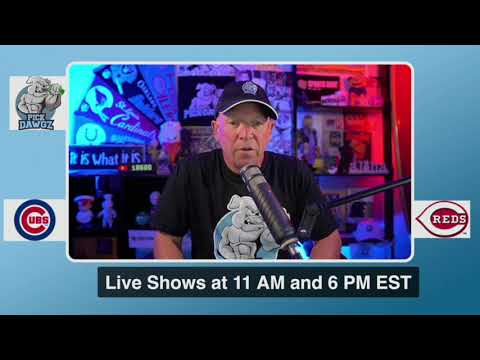