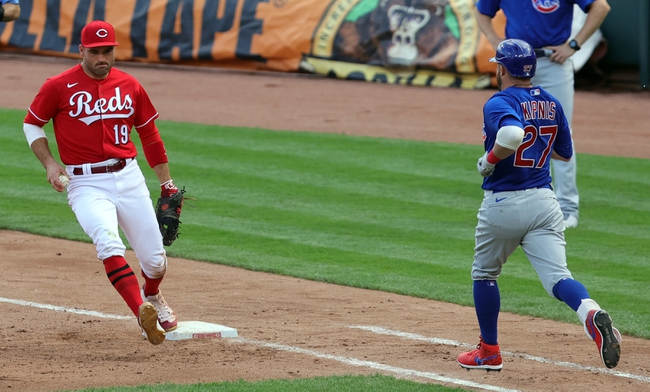 This will be the final matchup of a four-game weekend set between these teams. the Reds eked out a 6-5 victory on Friday. In the Saturday doubleheader, Chicago took a 3-0 shutout win, and in the nightcap Cincinnati had a wild come-from-behind victory 6-5 on a wild pitch. Check back all season long for free MLB picks and MLB predictions at Sports Chat Place.

The Cubs put up some pretty solid offensive numbers in the Saturday games. Anthony Rizzo carried the offense in game one, slapping a pair of solo home runs. Starting pitcher Yu Darvish got the win there on 6.0 innings, seven hits, two walks and eight strikeouts.

Over on the Reds’ side, they got some luck in the ninth inning in game two Saturday with closer Craig Kimbrell’s wild pitches, but a win is a win. Cincinnati posted seven hits as a team in that one, and Nick Castellanos managed two runs with a 1-for-2 night.
In Sunday’s starting pitcher role, Cincinnati will go with Luis Castillo. Over six starts this season, Castillo is 0-4 with a 3.62 ERA and 45 Ks in 32.1 innings. Castillo is 28-31 over his MLB career with a 3.68 ERA and 534 Ks in 482.0 innings.

Meanwhile, the Reds are 6-15 in their last 21 during game four of a series and 4-10 in their last 14 home games versus a right-handed starter. The under is 7-1-1 in Cincinnati’s last nine Sunday games and the over is 7-2-1 in their last 10 versus a team with a winning record.

Pick: I’m leaning Reds here. Chatwood came off the 10-day IL with a back injury Tuesday and had a shaky outing with 1.1 innings, five walks and two strikeouts. He’ll probably be on a tighter leash than usual here, depending on how things go. Castillo is winless so far this year, but he’s mostly been let down by a nonexistent offense. He may get his first here. 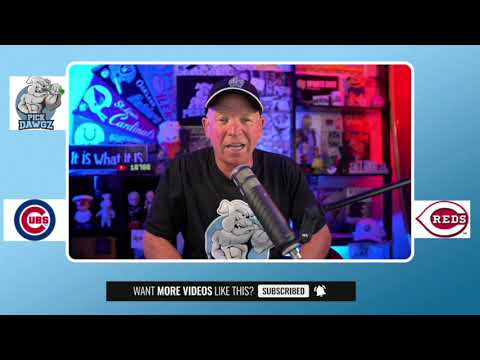