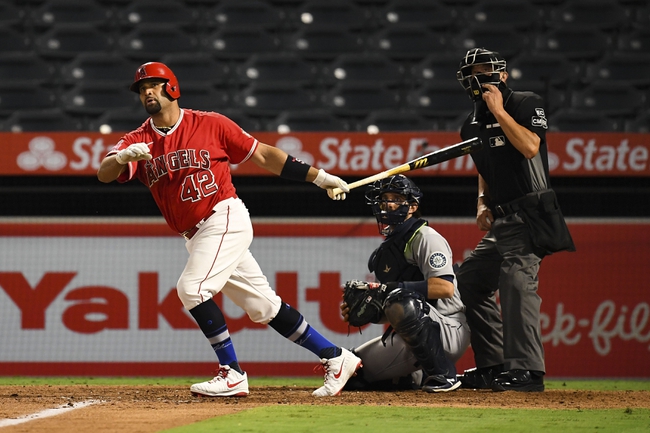 TV: RTNW, FSW Stream the MLB Game of the Day all season on ESPN+. Sign up now!

The Los Angeles Angels need a win after splitting their last eight games. The Angels have scored 31 runs in their last three games and four or more runs in six of their last nine games. The Angels have split their last eight games when scoring four or more runs. David Fletcher leads the Angels with 45 hits and 13 RBI while Mike Trout and Anthony Rendon have combined for 65 hits and 51 RBI. Griffin Canning gets the ball, and he is 0-3 with a 4.88 ERA and 23 strikeouts this season. This will be Canning’s second career game against the Mariners.

Justin Dunn has allowed 11 runs and 16 hits in his last 18 innings while Griffin Canning has allowed 12 earned runs and 27 hits in his last 23 innings. I'm not trying to get behind either of these pitchers with the numbers they're putting up, and we're seeing an Angels team that's tearing the cover off the ball. Griffin Canning simply shouldn't be almost  -200 favorite. Give me the over 10 runs, as we should see some fireworks in this contest.