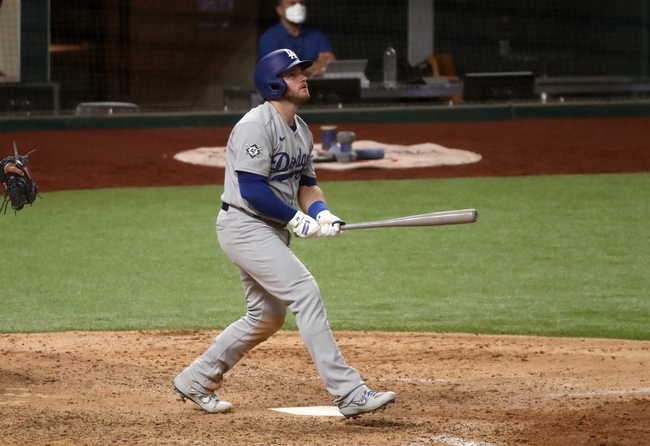 TV: FSSW+, SNLA Stream the MLB Game of the Day all season on ESPN+. Sign up now!

The Los Angeles Dodgers and the Texas Rangers meet in interleague action in an MLB matchup from Globe Life Field on Sunday.

The Los Angeles Dodgers will look to build off of a 7-4 win over the Rangers on Saturday. Max Muncy led the way, going 2 for 4 with a three-run home run, a double and a total of four RBIs. Cody Bellinger added a two-run home run and A.J. Pollock and Mookie Betts each chipped in a double. Corey Seager, Chris Taylor and Matt Beaty each had a base hit as well to finish off the offense for the Dodgers in the victory. Ross Stripling allowed three runs on four hits while striking out three over four innings of work, not factoring in the decision. Blake Treinen got the win to improve to 3-1 while Kenley Jansen closed things out for his 9th save. Tony Gonsolin will start here and is 0-0 with a 0.00 ERA and 12 strikeouts this season. This will be Gonsolin’s first career start against Texas.

The Texas Rangers will try for a bounce back after their loss to the Dodgers on Saturday. Ronald Guzman went 3 for 3 with a solo home run and a double while Leody Taveras had a solo shot and Shin-Soo Choo had an RBI as well in the losing effort. Todd Frazier belted a triple while Isiah Kiner-Falefa, Joey Gallo and Nick Solak all had base hits as well in the losing effort. Lance Lynn took the loss, falling to 4-1 on the year after allowing three runs on five hits while striking out six over six innings of work. Kyle Gibson starts here and is 1-3 with a 5.73 ERA and 26 strikeouts this season. This will be Gibson’s second career start against the Dodgers.

This is a lot of juice to give up with the Dodgers on the road, especially with a veteran like Gibson going for Texas. However, the Rangers, just when I had them pegged tot urn the corner and potentially pull off an upset, regressed back to old habits and just couldn’t keep runs off of the board, and if Lance Lynn couldn’t get it done, I’m hard pressed to think that Gibson’s going to be the guy all of a sudden. Tony Gonsolin’s been rock solid for the Dodgers, not allowing a run in 14.2 innings across three starts and I think we see another strong showing from Gonsolin and the Dodgers here. Give me Los Angeles on the run line in this one. 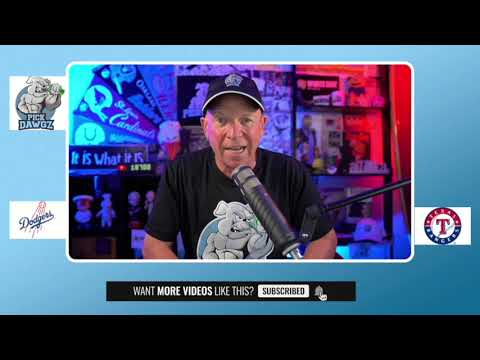