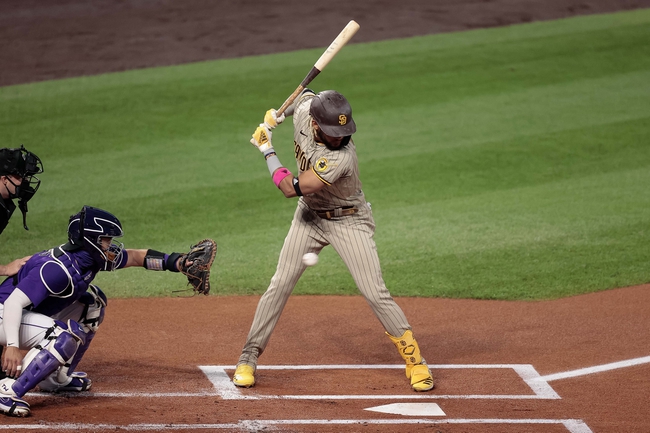 The San Diego Padres and the Los Angeles Angels meet in MLB action from Angel Stadium on Wednesday night.

The San Diego Padres will look to build off of a 6-0 road win over the Colorado Rockies in their last outing. Fernando Tatis Jr. had a triple and two RBIs while Wil Myers added a solo home run. Eric Hosmer went 2 for 3 with a double and an RBI while Jurickson Profar went 3 for 4 with an RBI and Manny Machado added an RBI of his own to finish off the Padres’ scoring as a team in the win. Austin Nola and Jake Cronenworth each had a base hit as well to cap off San Diego’s offense as a team in the victory. Garrett Richards threw 3.2 scoreless innings, allowing just one hit while striking out four, not factoring in the decision. Adrian Morejon threw three more scoreless innings of relief to get the win, improving his record to 1-0 on the year. Dinelson Lamet will start here and is 2-1 with a 2.35 ERA and 51 strikeouts this season. This will be Lamet’s first career start against the Angels.

The Los Angeles Angels will look to bounce back after a 2-1 loss to Seattle in their series finale last time out. Justin Upton’s second inning solo home run was the lone RBI the Angels would plate in the loss. Andrelton Simmons went 2 for 4 at the dish and Shohei Ohtani had a base hit as the Angels had just four hits as a team in the losing effort. Jaime Barria gave up one run on five hits while striking out three over 4.1 innings of work, not factoring in the decision. Matt Andriese got the loss, falling to 1-2 on the year as a result. Julio Teheran will start here and is 0-2 with a 9.17 ERA and 11 strikeouts this season. In his career, Teheran is 5-4 with a 3.81 ERA and 76 strikeouts against San Diego.

Teheran has an inflated ERA, but it’s simply because he’s given up about a run per inning that he’s been on the mound. On the other hand, Lamet rarely makes it out of the 6th inning and if he pitches well, his bullpen has a tendency to give up runs, negating his decision and pushing the number over the total. I’m not sure that happens again but I could see some runs being plated here so give me the over as my free pick for this game, but my stronger play is on who I think wins this game and I have that as a premium pick that you can find here. 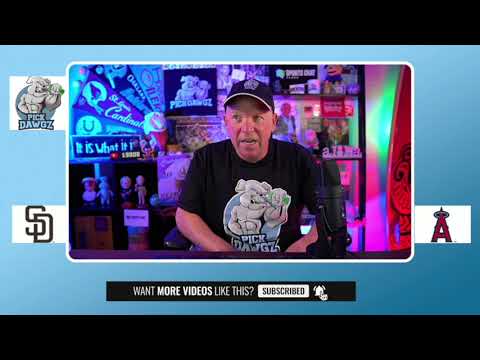