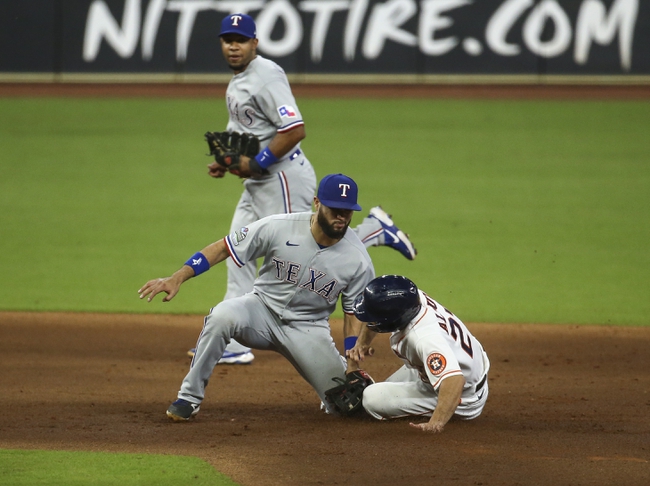 TV: ATSW, FSSW Stream the MLB Game of the Day all season on ESPN+. Sign up now!

The Texas Rangers and the Houston Astros meet Thursday in MLB action from Minute Maid Park.

This will be the third and final installment of the series between these teams this week. The Rangers eked out a 6-5 victory in the Tuesday opener. In the Wednesday game two, we had another tight one as the Astros evened up the set with a 2-1 win. Check back all season long for free MLB picks and MLB predictions at Sports Chat Place.

The Rangers tied the Astros 3-3 in hits during the Wednesday loss, and couldn’t cash in on those knocks like Houston did. Texas’ only run came on an Isiah Kiner-Falefa solo homer in the fourth, and starting pitcher Kolby Allard took a tough-luck loss on 7.0 innings, two hits, two earned, two walks and four strikeouts.

Over on the Astros’ side, starting pitcher Cristian Javier got the win Wednesday with 6.2 innings, two hits, one earned, two walks and three strikeouts. Michael Brantley provided all the offense with a two-run homer in the first inning.

Pick: I like Texas enough to take them here. Lynn started four times versus the Astros last season, going 1-3 with a 3.54 ERA and a 1.14 WHIP. Though he took his first loss of the season with four runs in six innings versus the Dodgers his last time up, Lynn has been pitching quite well this year. As for Greinke, he’ll be tough to crack as usual but he’s given up six earned in his last 11 innings after a really tight start to the 2020 campaign. Should be a fun pitching battle here. 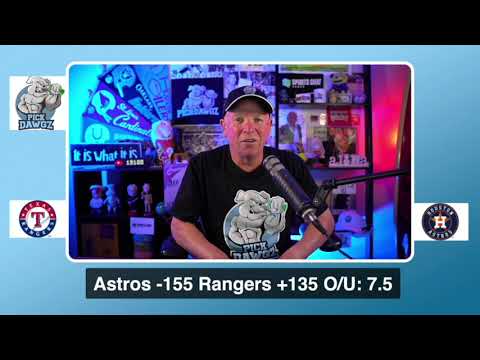