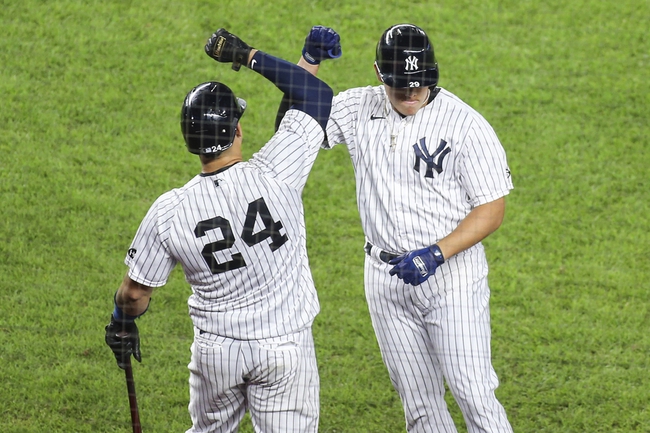 TV: YES, SNY Stream the MLB Game of the Day all season on ESPN+. Sign up now!

This will be a quick one-off makeup game before these teams hit their respective weekend series. The Yankees are coming off a set against the Rays this week. New York lost the first game 5-3, then returned the favor 5-3 on Tuesday. In Wednesday’s rubber match, the Yankees fell once again 5-2 after giving up four runs in the first inning. As for the Mets, they just played a pair versus the Orioles. the Mets fell 9-5 on Tuesday, and in the Wednesday game the Mets had a nice offensive showing with a 9-4 win to even things up. Check back all season long for free MLB picks and MLB predictions at Sports Chat Place.

The Yankees had issues once again with Tampa Bay in the Tuesday game, and didn’t score until the sixth inning. Clint Frazier hit a solo homer in that one, and starting pitcher Jordan Montgomery lasted just 0.2 innings with five hits, four earned, a walk, two homers and two strikeouts.

Over on the Mets’ side, they out-hit Baltimore 14-10 on Wednesday. The Mets broke a 2-2 tie in the fifth and didn’t look back. Michael Conforto was the big hitter there with four hits, a homer and five RBI. Starter Michael Wacha went 3.0 innings with four hits, two earned, one walk and two Ks.

For the Thursday starting pitcher slot, the Mets are sending out Robert Gsellman. Over four games (three starts) without a decision this season, Gsellman has a 5.19 ERA and eight strikeouts in 8.2 innings. On his career in the MLB, Gsellman is 20-15 with a 4.46 ERA and 262 Ks in 316.2 innings of work.

Pick: I’m leaning Yankees here. That’s mostly because of the improved play of Happ, who tossed 7.1 scoreless, three-hit innings versus the Mets in his last outing. It’s been a solid last two starts for Happ, and he looks like he’s coming into form.

That said, you wouldn’t be crazy to go the other way on something of a coin-flip play here. The Mets did win two of three games versus the Yankees in the series last weekend, and should have won a couple more in that set. The team was done in by late mistakes and errors. I’m siding Yankees personally, but I can see the argument for an opposing play. 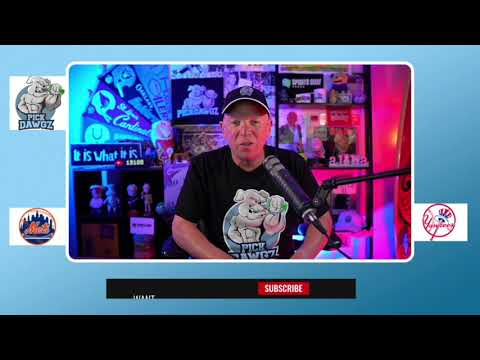