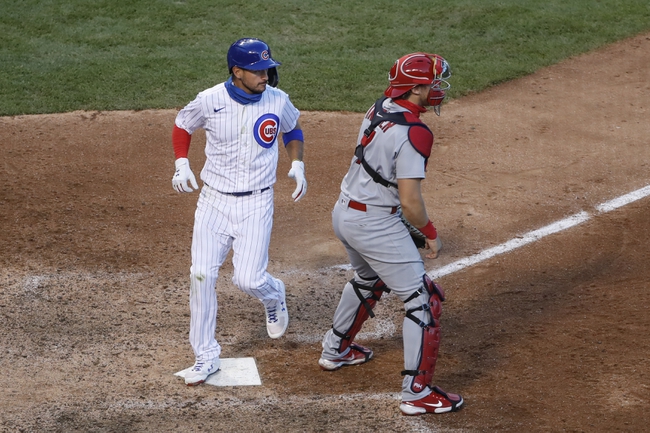 The St. Louis Cardinals and the Chicago Cubs meet Friday in MLB action from Wrigley Field.

This will be the first installment of a four-game weekend set between these rival teams. The Cardinals are coming out of a set versus the Reds this week. St. Louis won 7-5 Monday and 16-2 Tuesday but dropped the Wednesday game 4-3. As for the Cubs, they played the Pirates this week. Chicago won 8-7 Tuesday and 8-2 Wednesday. In the Thursday finale, Chicago was unable to notch the series sweep with a 6-2 loss. Check back all season long for free MLB picks and MLB predictions at Sports Chat Place.

St. Louis doesn’t have a ton of power hitters this season, but they’ve been doing a decent job scoring lately. Brad Miller leads the team with five homers and 19 RBI. Paul Goldschmidt has been quite reliable with a .337 batting average, 20 runs, 30 hits, three homers and 11 RBI. The Cards won’t have Dexter Fowler for this one however, as Fowler was placed on the IL as a coronavirus precaution.

Over on the Cubs’ side, they started out well on Thursday with a 2-0 lead in the top of the third, but gave up six unanswered runs after that. Kyle Schwarber, Jason Kipnis and Victor Caratini each had two hits, combining for two runs as well. Starter Alec Mills took the loss with 5.0 innings, seven hits, four earned, one walk and two strikeouts.

The Cardinals are 6-2 in their last eight road games versus a right-handed starter and 23-9 in their last 32 during game one of a series. St. Louis is 4-11 in the last 15 versus a team with a winning record and 1-5 in their last six Friday games.

Pick: I like the Cubs a little better here, but this should be a fun game and a great starting pitching matchup to kick off the weekend series. Flaherty gave up one run in five innings versus Cleveland on Saturday with five strikeouts and one walk. As for Darvish, he posted a 1.09 ERA in August and had 40 strikeouts, earning him National League Pitcher of the Month honors. I like Darvish to keep it going here; overall this should be a tight, low-scoring and intense game. 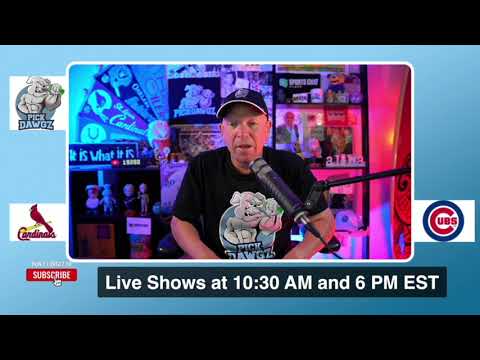